INDIANAPOLIS — Bill Belichick has taken lacrosse players (Chris Hogan), rugby players (Nate Ebner) and wrestlers (Stephen Neal) onto his New England Patriots roster over the years. Could an ex-water polo player be next?

Meet Kahale Warring, one of the most intriguing tight ends in the 2019 NFL Draft class.

Warring, a 6-foot-5, 252-pound prospect out of San Diego State, didn’t play his first game of football until 2014, his senior year at Sonora High School in California. Before that, he split his athletic focus between a variety of different sports: basketball, tennis, swimming, cross country and, yes, water polo.

“I was a goalie,” Warring said last week at the NFL Scouting Combine.

Water polo is a fall sport in California. Warring played three seasons of it, then was convinced by Sonora’s football coaches and friends he had on the team to switch sports for his final year of high school.

He played well enough (21 catches, 548 yards) to receive walk-on invites from San Diego State and Sacramento State but still had very limited knowledge of the game when he arrived on campus in 2015.

“I only played one year of football, so the game was really new when I came to San Diego State,” said Warring, who also received interest from some Division II basketball programs. “I think it was fall camp — my first camp — and the special teams coordinator called me up and asked me, ?How many players are on the field at once?? I said 13, because I never really thought about it. I won?t answer that wrong again.”

In addition to being a football neophyte, Warring also hardly touched a dumbbell before college. He’s packed on more than 40 pounds since his freshman year.

“When I came in at San Diego State, I just listened to our strength coach,” Warring said. “Anything he said. Put ranch and ketchup on everything. Just gain as much weight as I could. And I put it on pretty easy.”

Warring posted modest collegiate numbers in a run-first offense — as a redshirt junior in 2018, he caught 31 passes for 372 yards and three touchdowns for an Aztecs team that ranked 114th in the nation in pass attempts — and insisted he didn’t realize a professional football career was a legitimate possibility until after his final season at SDSU ended.

“He’s got really, really soft hands,” Jeremiah said. “He can really roll. Excellent change of direction and athlete. He’s a work in progress. He’s not played a lot of football. I want to say he was water polo in high school. But he’s somebody that the best is ahead of him, and he’s limitless in terms of athleticism. …

“He’s going to pass the eye test. He’s probably going to go off the board in the second or third round. That’s one that’s interesting.”

Warring’s stock should continue to rise after a strong showing in Indy. He ranked third among tight ends at the combine in the broad jump and 60-yard shuttle, tied for third in the vertical jump, fourth in the 20-yard shuttle, sixth in the 40-yard dash, tied for seventh in the bench press and tied for 11th in the three-cone drill.

“I think (my ceiling) is so high,” Warring said. “I think whatever you’ve seen on tape of me is nowhere (near) what you’re going to get in the NFL. Once I get in a system and get to do football all day long — eat, sleep, football — I’m going to be able to add so much more to my game.”

With Rob Gronkowski’s future uncertain and the depth chart behind him lean — especially following the reported release of top backup Dwayne Allen over the weekend — the Patriots have a real need at tight end this offseason. They met with nearly every top prospect at the position during combine week.

Iowa’s T.J. Hockenson and Noah Fant have been viewed as potential targets for New England at No. 32, but after fantastic workouts (especially in Fant’s case) both could go in the top 20 or even top 15 on draft night. 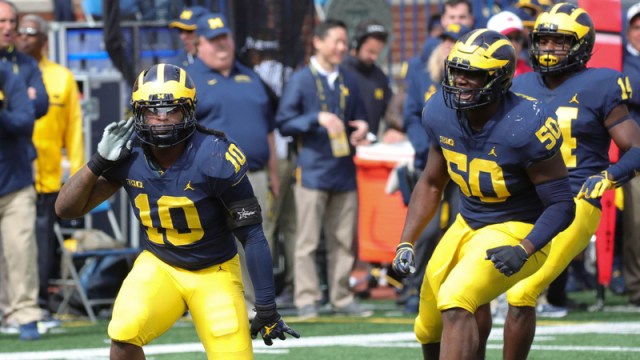 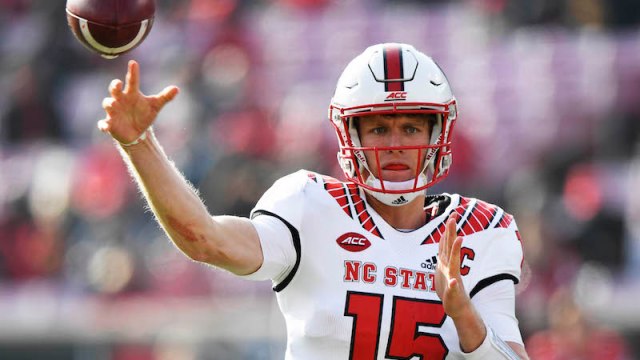