Bruins' Jake DeBrusk '100 Percent' After Getting Roughed Up In Game 1 Loss - NESN.com Skip to content

BOSTON — It was a (brief) scary moment for the Boston Bruins on Thursday night.

Jake DeBrusk went awkwardly into the boards after getting tangled up with Mitch Marner in the second period of Boston’s 4-1 Game 1 loss to the Toronto Maple Leafs at TD Garden.

The winger briefly left the game, but returned to the bench, missing just one shift. DeBrusk looked to be in a good bit of pain throughout the remainder of the game and took a few other big hits, particularly one from Nazem Kadri in the third period.

Despite the beating the 22-year-old-took, he said he was just fine after the game.

“One-hundred percent,” DeBrusk said. “I’m feeling alright. It wasn’t fun causing the turnover (that caused the Marner penalty shot), and then seeing him on the breakaway. I was just trying to get back, trying to make a play, and obviously didn’t like the result of that and then (Marner) scored.”

Boston can ill-afford to lose another player, especially one who has been so consistent for the team throughout the regular season. But DeBrusk sounds as if he’ll be ready for Game 2 on Saturday as the B’s look to even the series before heading to Toronto. 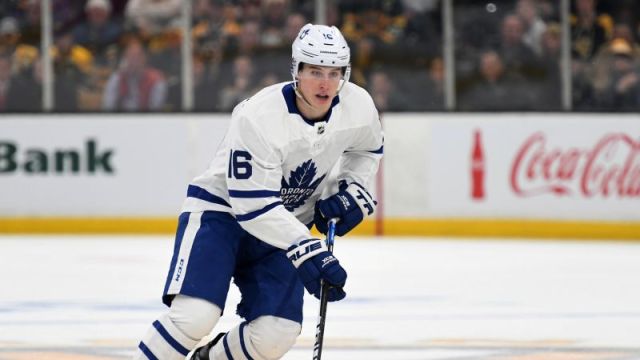 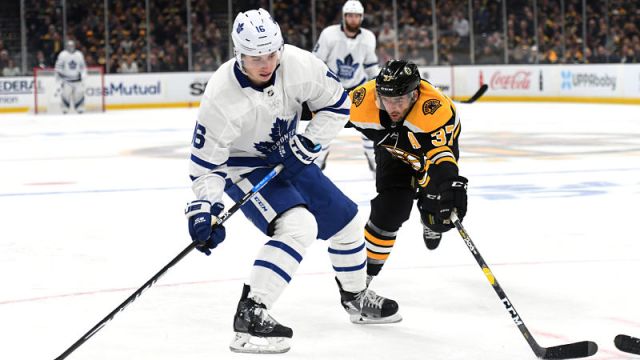