The New England Patriots proved they’re still awake and looking to add pass-catching help this week when they made their first signing since the opening week of free agency.

The Patriots signed Austin Seferian-Jenkins, and while it wasn’t exactly a splash move, he was the best tight end available on the open market. By signing Seferian-Jenkins, the Patriots’ order of draft needs shifted. We tackle that topic and much more in this week’s mailbag.

Is it worth taking a QB in the 1st round, if he will sit for 2 seasons?
— @jordikokki
This year? Probably not. I might consider taking Kyler Murray, Dwayne Haskins or Drew Lock in the first round, but all three of those players likely will be gone by the time the Patriots are selecting 32nd overall.

There’s a better chance Daniel Jones, whom New England hosted on a visit this week, will be available in striking distance for the Patriots. I just don’t believe there’s a dramatic difference between Jones and players who will be available in the second and third round like Ryan Finley and Will Grier.

After Finley and Grier, the Patriots would be getting into project territory with quarterback prospects like Tyree Jackson and Jarrett Stidham. Since Tom Brady is expected to play for a few more seasons and Brian Hoyer is under contract this season, the Patriots could take a risk on a signal-caller with higher upside who could use some work.

Have you ever found confetti in a hat you haven?t worn for a while?
— @Taghkanic
Funny story, I went to my sister’s wedding in California earlier this month, and I found Super Bowl LIII confetti in my suit pocket. So, yes.

I’ve also lost confetti by bringing suits to the dry cleaners without remembering to take it out of my pockets.

But yeah, after Super Bowls, you tend to find confetti in weird places.

Is ASJ a starter for the pats? Or do we still need to draft one in rounds 1-2?
— @jordikokki
He certainly could be, but Seferian-Jenkins also could be the second coming of Troy Niklas. Remember Troy Niklas?

Both Seferian-Jenkins and Niklas were second-round picks in the 2014 NFL Draft. Seferian-Jenkins has experienced much more success throughout his career as a receiver, accumulating 1,160 yards to Niklas’ 203. But ASJ did sign a minimum contract with little guaranteed money with the Patriots. And Niklas, who was signed around this time last year, was cut three months into his Patriots tenure before training camp really got going.

I like the Seferian-Jenkins signing, but he’s no guarantee to produce with the Patriots. Tight end is still a major need.

What do you think are the Patriots biggest needs right now?
— @EricxScott94
Here are my latest rankings after the Seferian-Jenkins signing:

Offensive tackle might seem high on that list, but keep in mind the Patriots don’t really have a backup at that position, and Isaiah Wynn isn’t a sure-thing coming off of a torn Achilles. Also, right tackle Marcus Cannon is getting up there in age, and left guard Joe Thuney is a free agent next season. Wynn ultimately could move inside to fill that need in 2020.

#MailDoug will the Patriots sign a WR in free agency?
— @MrMalcho
I would guess yes. It might be after May 7, however, when free agents no longer count against the compensatory draft formula.

I think it would make sense for the Patriots to bring back Chris Hogan or add a player like Dontrelle Inman, Jermaine Kearse or Aldrick Robinson.

Anthony Nelson gets mocked to the Pats a lot because he fits the mold for what they look for physically in a DE. What are some other DE’s that you think fit that mold?
— @clarkdarren41
Top guys like Mississippi State’s Montez Sweat, Michigan’s Rashan Gary, Florida State’s Brian Burns, Buffalo’s Josh Allen and Ohio State’s Nick Bosa all are fits based on measurables.

Who was the most successful rookie WR in the TB era and what were his numbers?
— @Captmike24
There’s no clear-cut answer to this question. Deion Branch had the most receptions with 43. Aaron Dobson had the most yards with 519, and Dobson, Kenbrell Thompkins and Malcolm Mitchell all had four touchdowns.

Throw in his postseason, when he had 15 catches for 176 yards with a touchdown, and I’d say Branch. Mitchell is a close second, though.

The Patriots have to hope the future answer to this question is “the guy they drafted in 2019.”

Who are the Dwayne Allen/AlgeCrumpler/Lee Smith (blocking TE) prospects likely on the Pats board?
— @TinyFezzik
According to Pro Football Focus‘ grades, Washington’s Drew Sample is the best blocking tight end in the draft. He’s also a better receiver than his numbers give him credit for. The Patriots met with Sample at the Senior Bowl, according to a source.

Here’s how his pre-draft measurables stack up to Rob Gronkowski’s:

Gronkowski is bigger and slightly more explosive, but Sample had better agility numbers. Pretty similar, though.

Who do you have winning the masters? #maildoug
— @kcalise
Honestly, I have no idea. I’ll go out on a limb and say not Tiger Woods.

Are you more excited for Avengers Endgame or Game of Thrones? #MailDoug
— @BradyToGordon
Avengers. I’ve never seen a “Game of Thrones.”

How are you today?
— @DavidNorrish
I’m doing OK. I’ve had five dentist appointments in the last eight days, so I’m just really sick of my mouth being numb from novocaine. After one more appointment in three weeks, I’ll be out of the woods for now.

If you could go to WDW but only ride 1 ride, which ride would it be?
— @zacxwolf
I would probably go with Tower of Terror. That doesn’t necessarily mean it’s my favorite ride, but it’s the one I would ride.

If you had a seat in the Pats draft room which player would you pound the table for? #MailDoug
— @lc_3344
West Virginia wide receiver David Sills.

Do you think Pats are waiting until May 7th to sign some FA so that they don?t count in the compensatory formula?
— @PatPatriotMX
I did think that Wednesday morning until the Patriots signed Seferian-Jenkins. I still think the Patriots will start to sign more free agents after May 7, because they then no longer count against the compensatory pick formula.

Patriots trade Brady and two first rounders for Russel Wilson…you celebrating or angry?
— @SenecaDavid1
I’m a reporter, not a Patriots fan, so neither, I guess? 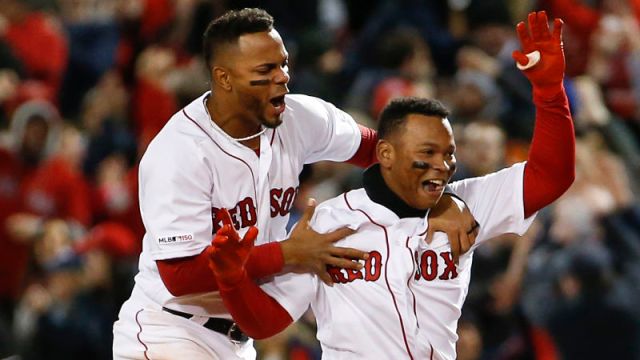 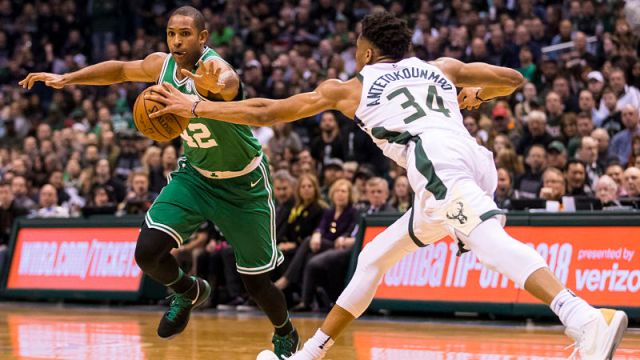 Why Ex-NBA Player Believes Celtics Will Eliminate Bucks From Playoffs