Jared Dudley Reveals How Kyrie Irving Is Perceived By Players Around NBA - NESN.com Skip to content

Boston Celtics fans have gotten to watch Kyrie Irving regularly for the last two seasons, but how he is in the locker room largely remains a mystery.

Of course, some things trickle out about how the star guard acts on a day-to-day basis, but it’s not entirely known what the perception of him is amongst other NBA players.

But on Friday, Brooklyn Nets forward Jared Dudley appeared on ESPN’s “Get Up!” and was asked about how Irving is viewed around the league. Dudley, who has played 12 seasons in the NBA with six different teams, provided some interesting insight.

Indeed, the way Irving acts on the court and the comments he makes in the media certainly paint a bit of an image that he’s a touch on the eccentric side. But as Dudley indicated, for many that’s a small price to pay given Irving’s talent. 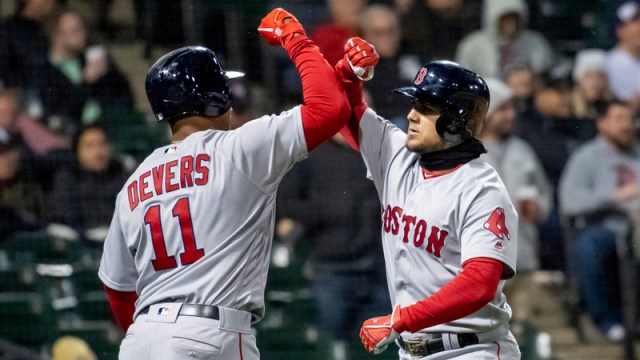