Put simply, things could have gone better for the Boston Red Sox on Wednesday evening.

After electing to stand pat at the trade deadline, the Red Sox suffered their third straight loss, falling 8-5 to the Tampa Bay Rays in the middle contest of a three-game set at Fenway Park.

Rick Porcello, who had shown improvement over the last month or so, was shellacked, giving up six runs over 5 2/3 innings, surrendering three homers in the process. The Red Sox put up a decent comeback effort, pulling within three after trailing by as many as six, but never could draw level.

GAME IN A WORD
Oof.

Not a great showing.

ON THE BUMP
— Porcello had earned winning decisions in each of his last four outings, but that streak was halted Wednesday. Over 5 2/3 innings of work, the right-hander gave up six runs on nine hits with one walk and seven strikeouts.

Things started poorly for Porcello right out of the chute, with Ji-Man Choi clubbing a double off the wall in right to begin the game. Two batters later, Travis d’Arnaud singled to center, scoring Choi to make it 1-0 Tampa. That was all the scoring the Rays did in the inning, however that didn’t stop Porcello from destroying a pair of TV screens in the Red Sox dugout.

Things only got worse from there, with the Rays tagging Porcello for four runs in the second.

Kevin Kiermaier began the inning with a homer to right.

First pitch he sees since injury.

Then with two down in the frame, Willy Adames singled to right, then Choi worked a walk. Austin Meadows emptied the bases with a homer of his own to right, putting the visitors up 5-0.

Porcello mostly settled down after that, allowing three hits combined over the next three innings, all of which were scoreless. He got two batters out to begin the sixth, but proceeded to give up a solo homer to Adames, who lifted a 1-1 two-seamer into the Green Monster seats.

— Adames’ blast ended Porcello’s night, with Darwinzon Hernandez entering to finish up the sixth. He allowed a double to Choi before striking out Meadows to end the inning.

With two down and a runner on first, Kiermaier ripped a triple to right off the wall.

Matt Duffy then singled to right, scoring Kiermaier to make it 8-2 Tampa before Hembree got out of the inning.

— Marcus Walden got the ninth and struck out the side.

IN THE BATTER’S BOX
— Down 5-0 by the time the bottom of the second rolled around, the Red Sox got a run back in the third.

Jackie Bradley Jr. reached on a throwing error to first, with the center fielder making it to second as a result of the errant toss. Bradley moved to third the next at-bat thanks to a single from Mookie Betts, then came home for Boston’s first run on a Rafael Devers sacrifice fly.

— With the lead down to four, Martinez did his part to help trim the four-run deficit, smacking a solo shot into the Red Sox bullpen.

— The Red Sox showed some life in the seventh, scoring three.

Chavis poked a one-out solo shot into the Monster seats in left-center, cutting the deficit to 8-3.

Two batters later, Betts hit a two-out double, coming home the next at-bat on a single from Devers. Xander Bogaerts singled to put runners on the corners, then Martinez hit a bloop single to score Devers, making it 8-5 Rays. Andrew Benintendi killed the rally with a strikeout.

— Martinez and Betts led the Red Sox with three hits each.

— Devers and Bogaerts each had one hit.

The first pitch thrown by Porcello in the 2nd inning is a HR by Kiermaier. A reminder that this team will not be doing anything in October if this rotation doesn't improve. That held true with, or without, an arm added to the bullpen this afternoon. #RedSox

UP NEXT
The Red Sox and Rays will play the series finale Thursday night. Andrew Cashner will get the ball for the Red Sox, while Brendan McKay will start for the Rays. First pitch from Fenway Park is set for 7:10 p.m. ET. 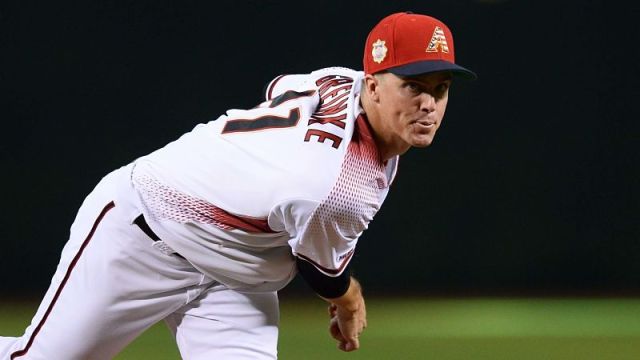