Christian Vazquez has been enjoying a career year at the plate, but he has been chasing a pretty decent milestone for some time now.

The Boston Red Sox catcher currently is stuck on 19 home runs, and has not homered since Aug. 27. He has just five home runs since the All-Star break. He still has found ways to contribute, carrying a .271 average with 60 RBIs. He went 2-for-3 in Saturday’s 2-1 win over the Philadelphia Phillies.

After the game, Red Sox manager Alex Cora shared the advice Christian Vazquez received from Carlos Delgado, who holds the home run record for all Puerto Rican players, while in Toronto. 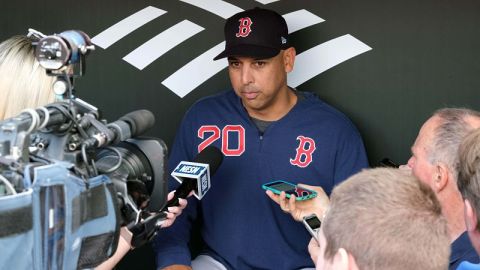