4:01 p.m.: As it stands right now, it looks like the only deal will be this one from more than two hours before the deadline.

Trade: Rams are trading CB Aqib Talib AND a fifth-round pick to Miami for a future pick, per source.

The asking price for Jets S Jamal Adams, I'm told, was shade under what the Jaguars got for Jalen Ramsey. Which is to say, they were asking for a LOT.

3:56 p.m.: And another deal that is unlikely to happen, per reports.

.@mortreport said on #ESPN of the #Browns trading for #Redskins LT Trent Williams: 'The Browns are standing pat. They're not doing anything'

3:54 p.m.: So much for that. Sounds like the deadline is going to come and go without a whole lot of anything happening.

Another text from league source on whether #Cowboys are acquiring #Jets S Jamal Adams with 10 minutes to go: "Nothing happening (still)."

3:44 p.m.: Can someone, and better yet, will someone swoop in and make a better offer in the next 15 minutes?

.@mortreport says a 4th round pick was the best offer the Jets were getting for WR Robby Anderson prior to their shows on ESPN today.

Barring a last-hour change, the Jets don?t plan to trade RB Le?Veon Bell before today?s 4 pm deadline, per source. Jets received calls, but not enough interest to make a deal.

2:55 p.m.: The Broncos aren’t planning on shipping away their franchise player, according to ESPN’s Dianna Russini.

Just checked with Denver sources. They have no plans of trading Von Miller. https://t.co/oOMG4dLO0x

2:52 p.m.: As we approach the one-hour countdown, here’s where the Jamal Adams situation stands:

Talked with another GM about what the #Jets are asking for in a possible Jamal Adams trade. Response: ?Worth it." https://t.co/jMcush80mJ

2:30 p.m.: Teams looking to upgrade its secondary might have to make a call to Denver, and it sounds like there’s already a market.

ESPN?s Ryan Clark said Jets? S Jamal Adams would like to go home to Texas and play for the Cowboys.

When one team recently called the #Bucs on former 1st round TE OJ Howard, that team was told he?s not available, per me and @TomPelissero. That is where this stands right now.

I'm told the asking price, as of right now, exceeds what the Dolphins got for Minkah Fitzpatrick. https://t.co/DSNCuymwNt

Cowboys (As reported just now by @RapSheet ) not the only team in playoff contention calling on Jamal Adams.

The #Jets are also fielding calls on WR Robby Anderson, as you?d expect. There is interest. https://t.co/45PLIGTJDw

The hot name right now is Jamal Adams. It wouldn?t shock me if he gets dealt. #Jets

The Patriots are among the teams that have shown the most interest in Bengals tight end Tyler Eifert, per source. Not sure if the Bengals will relax the price enough to trade him.

From my understanding, talking to sources, #Jets aren?t shopping LeVeon Bell as much as teams are calling them. They heard fire sale, and phoned Douglas to see price.

Is there a price? Yes. It?s high. #Chiefs & #Texans most interested. Chiefs have more to possibly get it done

Continue to hear the Redskins want a 1 for Trent Williams and the Browns aren?t willing to give up that much. Think CLE more in the range of multiple mid-rounders. Will see if deadline changes things.

Honest assessment from Belichick about one major trade constraint: ?We wouldn?t have enough cap space right now to just got out and acquire any player… there are some players we just wouldn?t be able to do that with. You can?t change the contract?

9:24 a.m.: NFL Media’s Ian Rapoport reported Monday the Redskins now are back on board with the idea of trading left tackle Trent Williams. According to Sports Illustrated’s Albert Breer, the price remains as high as it was earlier in the year.

Breer wrote: “I?m told Washington has begun the process of circling back with teams that had called to ascertain interest. The price? For right now, my understanding is that the Redskins are looking for a first-round pick.”

8:28 a.m.: NFL Media’s Mike Garafolo has the latest on Lions star cornerback Darius Slay, indicating Detroit’s asking price remains high in a potential trade. Makes sense. Slay is one of the better cornerbacks in the game, and Detroit isn’t *that* far out of the playoffs. That being said, the Lions proved they’re not afraid to shake things up when they dealt safety Quandre Diggs to the Seahawks a couple of weeks back.

From @gmfb: The #Lions? asking price for CB Darius Slay has remained incredibly high so I don?t see him getting traded today, nor has there been any indication #Giants CB Janoris Jenkins is on the move. #NFLTradeDeadline #AsOfRightNow pic.twitter.com/7mMEPkvAaP

Some around league have linked Lions and Bills to Melvin Gordon. Both teams could be in the market for RB help, and Gordon would make sense if Chargers loosen asking price.

The Chargers are among a handful of teams in a weird spot right now. They’re 3-5, so they’re technically still alive, but they did fire their offensive coordinator Monday night. Gordon is a unique case, too, after he held out to start the season and has yet to find a groove since returning.

8 a.m. ET: In years past, the NFL trade deadline has come and gone without much of anything happening, but it certainly appears things have changed.

There already has been a good deal of in-season player movement all season but especially in the last few weeks. That might all come to a head Tuesday leading up to the NFL’s 4 p.m. ET trade deadline.

Legitimate stars like Melvin Gordon, Darius Slay and Trent Williams have been the subject of seemingly legitimate trade rumors and with so many teams still in the running for a playoff spot — you could argue more than 20 teams are still in postseason contention — a blockbuster trade Tuesday could shift the power in some of those playoff races.

Be sure to keep it here at NESN.com as we monitor all the latest news and rumors leading up to Tuesday afternoon’s deadline. 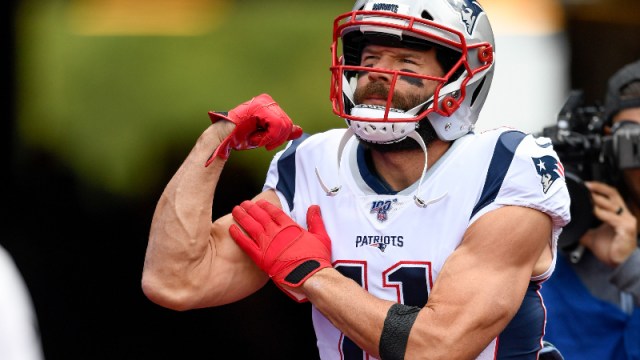 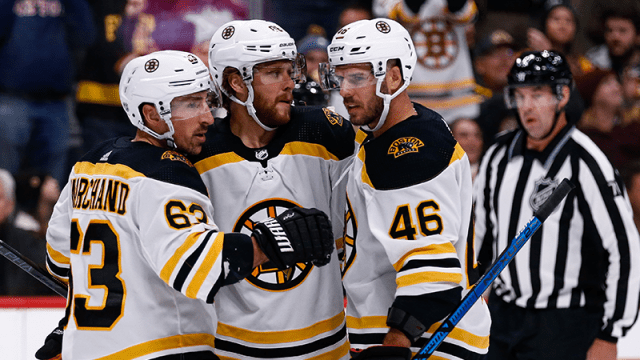