UPDATE (6:30 p.m. ET): Gordon Hayward has suffered a fractured left hand following a collision with San Antonio Spurs forward LaMarcus Aldridge, the team announced Saturday evening. The team ruled Hayward out for the remainder of the game and did not announce a timetable for his recovery.

ORIGINAL STORY: Gordon Hayward has been one of the biggest contributors for the Boston Celtics this season, but the C’s might have to find a way to trudge on without him in the second half in San Antonio.

Late in the second quarter of Boston’s tilt with the Spurs at AT&T Center, Hayward from the wing spun around off the ball to run to in the direction of the paint. He was unaware that LaMarcus Aldridge was just behind him, and Hayward collided with the big man, with the principal point of contact appearing to be Hayward’s hand or arm.

Hayward stumbled back and looked a little shaken up, and walked to the locker room with a trainer.

Hayward had nine points with two rebounds, one assist, one block and one steal in the first half. 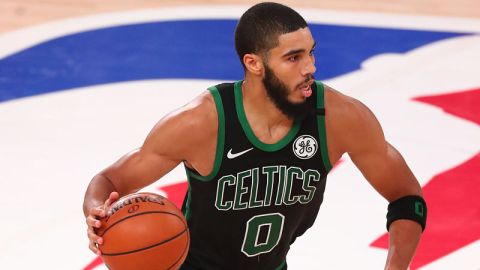