The referees certainly didn’t do the Patriots any favors Sunday at Gillette Stadium.

With the Kansas City Chiefs facing a 3rd-and-two at the Patriots’ 37-yard line in the third quarter, Patrick Mahomes connected with Travis Kelce, who collected a first down with ease but traveled backward in an effort to reroute and gain more yards. Kelce coughed up the football in the process, which Stephon Gilmore promptly scooped up in stride with a clear path to the end zone.

Unfortunately for the Patriots, officials initially whistled the play dead, ruling Kelce down by contact.

(You can check out the play here).

But upon further review, it became clear Kelce fumbled before his elbow touched the turf. New England was awarded possession, but Pats fans still were miffed about the officials’ original oversight that likely prevented a TD.

Gillette any time these refs have to make a call pic.twitter.com/NSHanHIthg

"REFS YOU SUCK" chant at Gillette.

I want a full blown investigation into these refs. Families, friends, backgrounds, work history all of it

Too bad the refs weren?t stuck on the plane in New Jersey.

Given the Patriots’ struggles to put up points of late, the frustration around New England surely is at an all-time high. 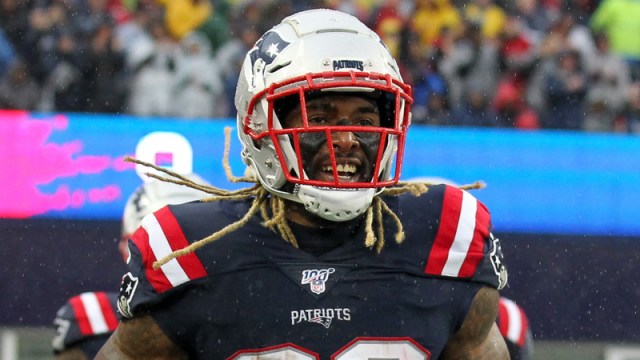 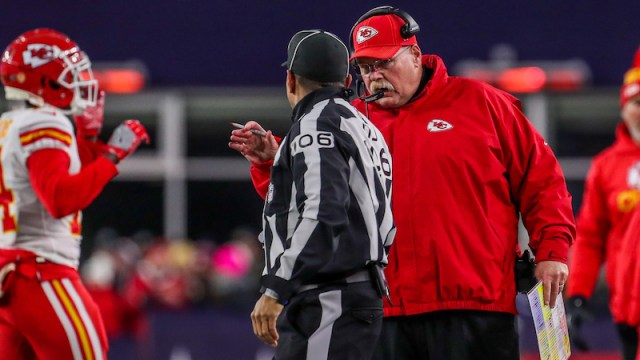