Dolphins' Brian Flores Was Just As Tough On Players As Bill Belichick - NESN.com Skip to content

MIAMI — Brian Flores brought many of his former New England Patriots players with him when he became head coach of the Miami Dolphins. And they didn’t suddenly get a break.

Defensive back Eric Rowe was one of those players who signed with the Dolphins after spending three seasons with the Patriots. He said Flores was just as much of a disciplinarian as Patriots head coach Bill Belichick.

Rowe said Flores was not trying to do a Belichick impression with the Dolphins, however. Many former Patriots assistants have tried to imitate Belichick when they become head coaches, and the approach fails.

“Obviously he had the same important keys that Bill would say in our team meetings,” Rowe said. “But other than that, coaching-wise and how he coaches in practice and the energy he brings in the game is obviously really different.”

And Flores was the same person as a head coach as he was as an assistant on the Patriots’ staff.

“The only difference was he was talking at the team meeting,” Rowe said. “That’s about it. He was consistent whether we win or lose. It was the same energy he brought every week to practice. It was all good.”

The Dolphins started the 2019 season — Flores’ first in Miami — 0-7 but finished 5-4 over the final nine games. So, what changed so drastically despite a less-than-stellar talent pool on the roster that, by the end of the season, featured four former Patriots practice squad players?

“Really, more guys just bought in,” Rowe said. “It just took a while. When you have a new coach and older vets who don’t want to change their ways, it’s tough. But guys bought in and started seeing things were working. We started winning and getting better.”

Rowe said hope is high for the Dolphins in 2020. Flores just needs to continue doing what was working over the final nine games of the 2019 season. 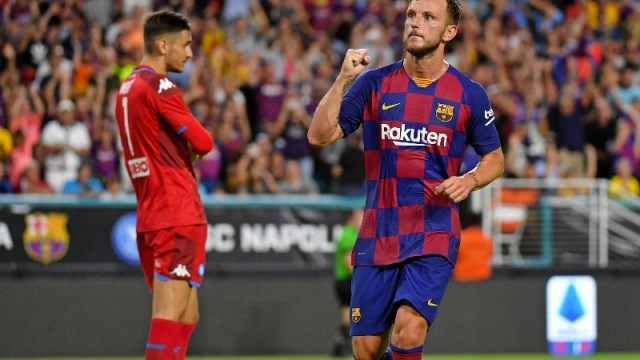