If you’re a fan of the New England Patriots and would like to see quarterback Tom Brady re-signed with some salary cap space left to further fill out the team’s roster, then you should be rooting for the NFL players association to approve the league’s new collective bargaining agreement in the next month.

It will be easier to spread out Brady’s salary cap hit with a new CBA in place. And that’s important, since the Patriots have around $29 million in cap space, per the Boston Sports Journal’s Miguel Benzan.

If Brady doesn’t sign a new deal with the Patriots by March 18 at 4 p.m. ET, then $13.5 million will accelerate onto the team’s 2020 salary cap. Any money as part of a new deal would be in addition to that $13.5 million cap hit. If Brady isn’t back next season, he would still count $13.5 million against the cap.

If Brady signs before March 18 at 4 p.m. ET, then that cap hit would be spread evenly between the Patriots’ 2020 and 2021 salary caps and the new CBA would matter less.

Currently, without a new CBA, there’s a “30 percent rule” in place that prevents a player’s salary from increasing by more than 30 percent from one season to the next. Without a new CBA, teams also can’t add voidable years to a player’s contract. Those restrictions make it difficult to push weighty cap hits into the future.

If a new CBA is jointly agreed upon between the NFLPA and owners before March 18, however, it should be easier to roll that dead money into the future.

If the Patriots don’t need to abide by the 30 percent rule, and if they can add voidable years onto Brady’s contract, then that $13.5 million is less prohibitive. The Patriots could sign Brady to a large signing bonus and prorate the majority of the money into the future either through an actual extension or by adding voidable years onto the deal. Essentially, they could subtract that $6.75 million from Brady’s 2020 cap hit with that proration and kick it into 2021 and beyond.

If the Patriots want to win now, which would be smart with a 43-year-old quarterback, then it would be wise to kick that can down the road as far as possible — especially with an ever-increasing salary cap. That $6.75 million takes up a greater portion of the salary cap in 2020 than it would in 2021 or beyond if the cap continues to increase.

It still makes sense from a salary-cap perspective to sign Brady before March 18. But if a new CBA is in place, then it’s less of a disaster if Brady counts an additional $13.5 million against the cap next season with some savvy restructuring. 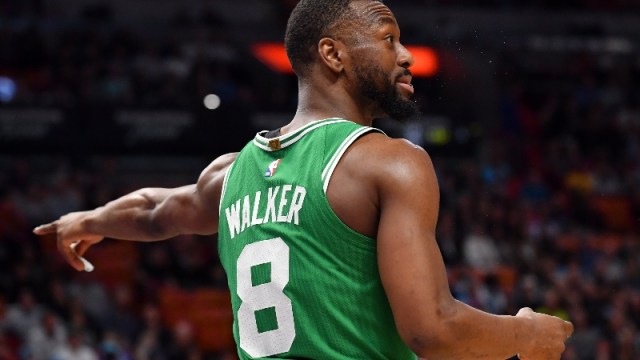 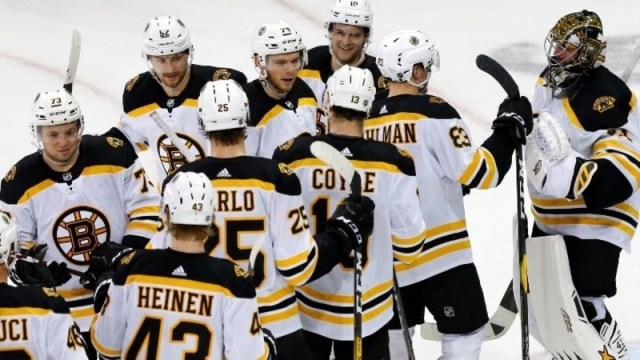 Watch Bruins Players Get Competitive With Curling In Hilarious Video