Could Patriots Even Hypothetically Trade Up For Top QB Joe Burrow? - NESN.com Skip to content

In the two weeks leading up to the 2020 NFL Draft, NESN.com will be taking a closer look at this year’s quarterback class and how each player could fit with the New England Patriots. Next up, LSU’s Joe Burrow.

Analysis: We vowed to look at every top quarterback in the 2020 NFL Draft class to see how they would fit in New England. So, how would Burrow fit? Great. He’d fit well on every team. He’s an amazing quarterback prospect. Look at his stats last season. Those would be unbelievable if you played “NCAA Football’ on Playstation and turned the difficulty level to junior varsity.

It’s maybe slightly concerning that Burrow couldn’t produce that way in 2018 (57.8 percent, 2,894 yards, 16 touchdowns, five interceptions) or with Ohio State (74.4 percent, 287 yards, two touchdowns, no interceptions before transferring). But ultimately, he’s one of the best quarterback prospects of the last decade.

So, is there any possible way the Patriots could shock the world and move all the way up to first overall to take Burrow? The Cincinnati Bengals, who hold the No. 1 overall pick, could be open for a trade. Just for fun, let’s see.

The Bengals’ first overall pick is valued at 3,000 points, using Drafttek.com’s chart. The Patriots’ top pick is worth 760 points. The Patriots’ three third-round picks are worth 363 points. That leaves 1,877 points to make up. Let’s throw guard Joe Thuney into the mix. We’ll be generous and value him as a mid-second round pick. That’s 420 points. Now let’s throw in the Patriots’ next two first-round picks. Those are valued at around 580 points each. We’re down to 297 points. If the Patriots also threw in a 2021 second-round pick (265 points) and their 2020 fourth-rounder (47 points), that might get it done.

More Patriots: How Can New England Use ‘Premium Pick’ On QB?

So, that’s Joe Burrow for:

Are you making that trade?

Burrow’s adjusted completion percentage last season was 81.9 percent. He went 47-of-83 for 1,711 yards with 26 touchdowns and two interceptions on deep balls alone. He was 81-of-118 with 17 scores and four interceptions on intermediate throws.

He was an unbelievable 81-of-122 with 17 touchdowns and one interception while under pressure. He threw the ball in 2.7 seconds, on average, and ate 36 sacks.

Now, granted, Burrow had a superb supporting cast around him. His No. 2 wide receiver, top running back and center are Day 1 or 2 picks. One tackle and possibly two tight ends from the 2019 Tigers will also be drafted. Still, Burrow led that squad to a 15-0 record and national championship last season while throwing for 60 touchdowns, just six interceptions and a 76.3 completion percentage.

The answer is still likely no on that trade.

That’s probably too much to give up for Burrow with other ream needs. The Patriots would be mortgaging their future for their future quarterback, which is kind of counterproductive. Burrow is really good, though. 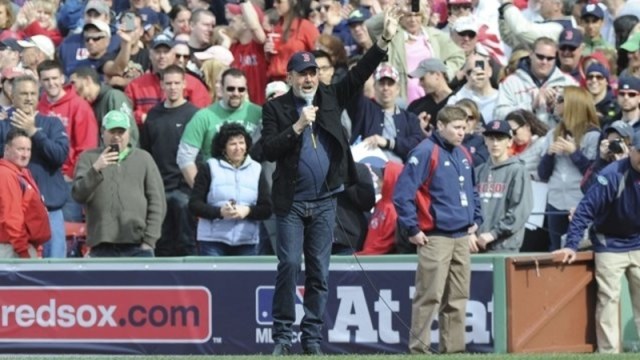 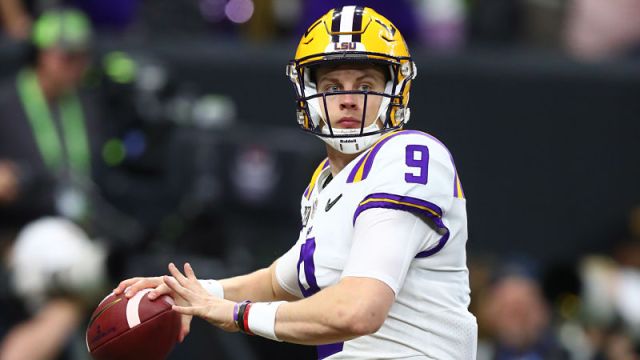