Seven years ago Monday, Neil Diamond made an impromptu trip to Fenway Park.

For years, his song “Sweet Caroline” had been a staple inside Fenway Park, getting played each home game in the middle of the eighth inning. But in the first Red Sox home game after the Boston Marathon bombings, Diamond showed up to the park unannounced, and he played the song live.

On the seven-year anniversary of the performance, Diamond spoke via email with Red Sox historian Gordon Edes about that experience and the song’s connection to the team.

Below is the interview in its entirety, with Edes’ comments in italics.

What in your view has given ?Sweet Caroline? its staying power?
Even before Sweet Caroline became a musical iconic representation of the Red Sox, it somehow had a connection to the spiritual nature of people?s lives. Maybe it?s the joy of singing it, too.

Sweet Caroline was born in a motel room in Memphis, Tennessee, really as an afterthought to some songs I had specifically prepared for the next day?s recordings. When it came out of me in that humble little room, I was as surprised as the next guy. But the minute it did come out of me, I knew it was special and had some other special meaning other than potential commercial success. Most songs take planning and thought. Sweet Caroline has none of those elements in its creation. And then we had the element of the ?God? chord, which came to me. I had never played that particular chord before–it appeared in the emotion of the moment.

I think the song has endured because it came from a higher power. I felt it when that blessed A6 chord popped out and announced its presence up and down my arms and on the back of my neck. Chills, thrills, sing it from the hills!

What did you think, especially as a Brooklyn native, of it becoming part of the experience of going to a baseball game in Boston? How concerned, if at all, were you that the song might get ?worn out? by overuse?
I have a special relationship with Boston that goes back to my many concerts there and my daughter?s attendance at Tufts University. I have felt close with the song and with Boston from the beginning. My team as a kid was the Brooklyn Dodgers, so I never had any animosity towards Boston like (fans of) some other New York teams might.

As far as the song getting worn out, I?ll take my chances. Either worn out or ?worn on,? as long as it keeps bringing joy and good fortune to its adopters ? be it the Red Sox or any of the other many sports teams around the world, I?m happy for it to play its part.

The song?s connection to Boston became vividly apparent in the immediate aftermath of the 2013 Marathon bombing, when teams around the Major Leagues played the song to show solidarity with the city shocked by such a tragic event. But I don?t think anyone dreamed that you would show up at Fenway for the first game after play resumed. Please describe for us, as well as you can remember seven years later, how that came about. Was it your idea? Did someone make a suggestion? You?re clear across the country. What were you thinking?
I saw the announcement that the bomber had been caught and the game would go on. The more I thought about it, the more I just knew I had to be there. It was the night before the game. We were at home in Los Angeles and I told my wife Katie that we needed to go. At 4 a.m., we boarded a plane to Boston with no real plan other than to make our way to Fenway. No one was aware we were coming, but it felt so right that neither my wife nor I questioned it. We landed in Boston a little more than an hour before the game started.

So you make the decision to come, but then there are the logistics. Instead of your people calling the Red Sox people, you just show up at the ballpark a couple of hours before the game. Describe how that unfolded. You walk into our office entrance, and say exactly what?
No one at the Red Sox organization knew we were coming since we decided to come in the middle of the night. When we landed in Boston, my wife cold-called the Fenway Park main number from the airport. She explained to the operator who she was and asked to be put in touch with someone who could help. Luckily, the person who answered the phone believed her and we went to Fenway, where an escort brought us into the park and someone handed me a hot dog for breakfast.

From a technical standpoint, there is no time to really prepare. Rehearsing obviously is out of the question. What was the plan as you came out to perform in the middle of the eighth inning?
There was no band or music prepared for my appearance. I didn?t really have a plan. They handed me a microphone, I walked out on the field between home plate and first base and was careful not to step on the line. I sang along to the recorded version of the song that they usually use, so there were actually two Neil Diamond?s singing, the 1969 Neil and the 2013 Neil. I was just singing along with everyone else.

What do you remember about that moment? How did it make you feel to experience the crowd?s reaction to your presence?
It was a very powerful moment with the audience joining in as one. There was a feeling of relief, unity, strength and love. I saw people in tears, people hugging. It was a moment that I will never forget.

Your contribution to the moment did not end there. You announced you were making a donation to the One Boston Fund to help in the healing. How did that come about?
It was just a natural reflex in a time of need. It was obvious when I got there and met First Responders and some victims and family members that there was still a great need for help.

You?ve had a lifetime of unforgettable experiences as a performer. Where does this fit in your personal highlight reel?
This day is among the most memorable of my career, and it was totally unplanned and unprepared. Maybe that?s where God came into the picture and helped it all come together in such a beautiful and spontaneous way.

Since we adopted your song as part of the Fenway experience, we have won the World Series four times. Before that, there was this brief 86-year interlude where we didn?t win at all. How entitled do you feel to claim a bit of credit?
Well, I heard that Sweet Caroline is in the Baseball Hall of Fame. I don?t know if that?s true, but if it is, that says it all.

Finally, we all loved how you adapted ?Sweet Caroline? to the current pandemic. The songwriter never loses his touch, does he? Can you share how that creative moment came about?
The ?Hands washing Hands? Sweet Caroline video was another spontaneous inspiration. The new lyrics lent themselves perfectly to the current situation and I hoped it would bring a little levity in such an uncertain time. Our dog Shamrock made a cameo and my wife was the videographer. We had a lot of fun doing it. It was gratifying to see how the song touched people in this time of social distancing and isolation. Hopefully the magic of Sweet Caroline will live on. I, for one, will never bet against that song. 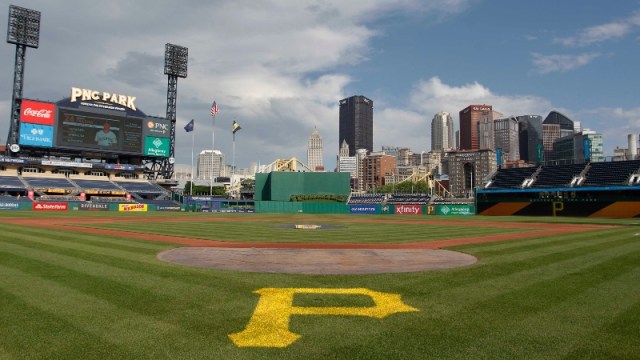 Dr. Fauci Explains How Baseball Can Return This Season (And With Fans) 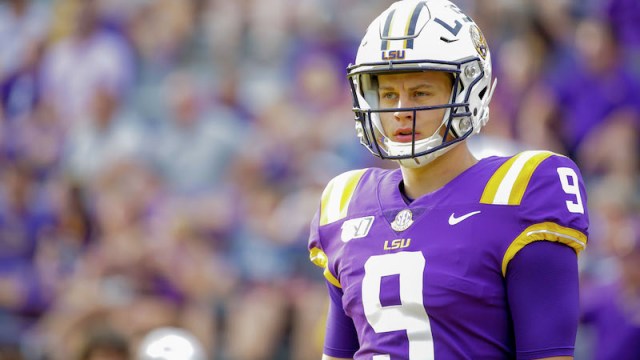 Could Patriots Even Hypothetically Trade Up For Top QB Joe Burrow?