Regardless of whether NFL head coaches are ready to do this virtually, the 2020 NFL Draft will go on as planned Thursday night.

Here’s our final look at how the draft could shake out for the Patriots in our latest mock draft:

Let’s bridge the gap between the first and third round, so the Patriots are sending the 23rd and 100th overall picks plus left guard Joe Thuney to the Miami Dolphins for their 26th, 56th and 70th overall picks.

Armando Salguero of the Miami Herald recently had the Patriots trading No. 23 and Thuney for the Dolphins’ 26th, 39th and 70th picks. That values Thuney at around a late-first round pick. That seems a little excessive. Our trade values Thuney as a mid-second round pick.

A source told NESN.com that Kmet could wind up being a first-round pick despite second-round projections. We also were told Kmet is a Patriots fit in this draft. In this mock, the Patriots will take their chances by trading down to get him 26th overall. He has the best combination of size and speed among all draft-eligible tight ends. His blocking needs work, but the Patriots can coach up that aspect of his game.

Uche didn’t test at the NFL Scouting Combine because of a hamstring injury, but the film shows Uche to be one of the most athletic edge defenders in the draft. He doesn’t have ideal size for a pass rusher at 6-foot-1, 245 pounds, but he does possess almost 34-inch arms. He could be a hybrid linebacker in the Patriots’ system, capable of playing on and off the ball.

Claypool has an unbelievable combination of size and speed at 6-foot-4, 238 pounds with a 4.42-second 40-yard dash. He’s also the best special-teams gunner in the draft. Some teams view Claypool as a tight end, but in this mock, the Patriots are taking him as a big wide receiver.

After trading away Thuney, the Patriots need some offensive line help. Driscoll, like Thuney, played offensive tackle in college but could project to guard in the NFL because of his 33-inch arms. He’s a good athlete who can complete with Hjalte Froholdt for the starting left guard job.

The Patriots will go off the board in this mock with Luton. Let’s assume Burrow, Tua Tagovailoa, Justin Herbert, Jordan Love, Jalen Hurts and Jake Fromm are all off the board. The Patriots still grab a big-armed quarterback with upside and plus ball-security skills in the third round to compete with Jarrett Stidham and Brian Hoyer.

Think this is ridiculous? It might be, but the Patriots grabbed Jacoby Brissett in the third round of the 2016 NFL Draft, and he was a projected sixth-rounder. A lot of people are talking up Luton right now. And when there’s smoke…

I would roll the dice on Jake Luton from Oregon St. He has a big arm and threw for 28 touchdowns against only 3 INTs last season on a bad team. Pretty good athlete. High school team ran the Wing-T. Was around college football for six years. https://t.co/t7QzE2svul

He tested well and projects as a box safety or undersized linebacker at 6-foot-2, 227 pounds. To begin his career, he can replace Nate Ebner on special teams.

There’s no way the Patriots actually use the pick they just acquired for Rob Gronkowski, so they’re making a trade sending No. 139 and the 212th overall pick to the Chicago Bears for their fifth-round pick (163rd overall) and a future fifth in this mock.

And there’s the kicker. Sloman’s 2019 stats were eerily similar to Stephen Gostkowski’s 2005 numbers.

It’s tough to say where Agim will come off the board, but let’s slot him in the fifth round here. He’s big and athletic at 6-foot-3, 309 pounds with a 4.98-second 40-yard dash and 7.55-second three-cone drill, but he’ll need to improve his technique in the NFL.

It should help that Agim played under Bret Bielema in college even though the former Arkansas head coach moved on from Patriots defensive line coach to the New York Giants.

Williams lacks ideal size and strength, but that might just work with the Patriots. David Andrews wasn’t known as the biggest or strongest center coming out of Georgia.

The Patriots should look to double up at tight end, and Keene is a worthy sixth-round option who brings size, athleticism and willingness to block. The only hope is he’ll be more productive in the NFL than he was in college.

Bituli is a big old-school thumping linebacker. Those don’t hold a ton of value in the NFL, but they do with the Patriots.

Harper was dismissed from Oklahoma State and wound up on the Salukis. He’s big, athletic and has nice ball skills. He’s a perfect late-round flier. 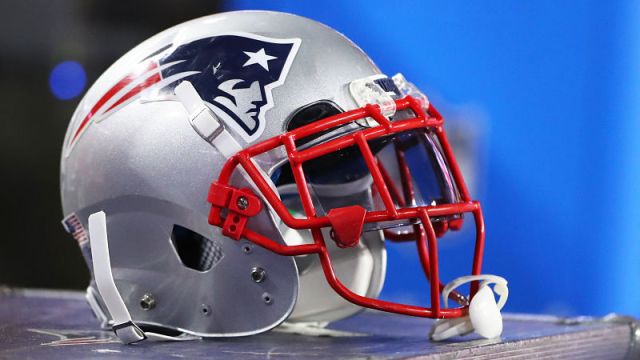 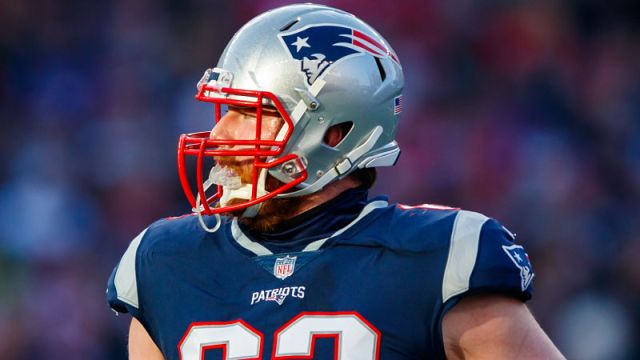 Will Patriots Trade Joe Thuney During First Round Of Draft? Adam Schefter Weighs In