The Boston Red Sox are one of the most difficult teams to project heading into the 2020 Major League Baseball season.

With each of their strengths comes a corresponding weakness. And while talent remains scattered throughout their roster despite several key departures, the Red Sox’s underwhelming 2019 remains all too fresh.

The 60-game format could help Boston, seemingly a fringe playoff contender capable of sustaining a hot streak if everything clicks. After all, the condensed schedule lends itself to more pronounced variances from what’s expected. Who’s to say the Red Sox won’t ride their potent offense to the top?

But it also could, in theory, hurt the Red Sox, who won’t have much time to answer any internal questions related to their identity, especially those in the starting rotation, Boston’s biggest perceived flaw. Clubs need to hit the ground running. The Sox are no exception.

Basically, we’re left to predict the unpredictable. But hey, that’s OK. We like a good challenge. And the thought of baseball finally returning amid the coronavirus pandemic is enough to get our creative juices flowing.

So, here are eight bold Red Sox predictions for 2020.

1. J.D. Martinez will lead the majors in home runs.
No player has hit more home runs than Martinez (124) over the past three seasons. That stretch includes a post-trade stint with the Arizona Diamondbacks in 2017 in which he crushed 29 bombs in 62 games. Few sluggers across baseball boast Martinez’s power potential, yet he’s only +2500 to win MLB’s home run crown this year, according to Bovada’s odds as of Tuesday.

2. Xander Bogaerts will contend for a batting title.
Bogaerts posted career highs in home runs (33), RBIs (117) and OPS (.939) last season. He also batted .309, the second-highest mark of his career. It was a true breakout in every sense, as Bogaerts hit for both average and power. And it might just be a precursor of things to come for the 27-year-old shortstop, whose hard contact percentage in 2019 (38.8) was well above his career mark (33.2).

3. Nathan Eovaldi will finish in the top five in American League Cy Young Award voting.
A reach? Probably. The Red Sox will be happy if Eovaldi simply stays healthy and provides quality innings every fifth day, as he’s dealt with elbow issues throughout his career and was limited last season after signing a four-year, $68 million contract on the heels of his 2018 postseason heroics. But he’s exactly the type of pitcher who could benefit from the shortened season, with his impact maximized in a short burst. Plus, he looked solid in MLB Summer Camp, for whatever it’s worth.

4. Alex Verdugo will finish the season as the Red Sox’s leadoff hitter.
Andrew Benintendi figures to start the season hitting atop Boston’s order with Mookie Betts out of the picture. That doesn’t mean he’ll stay there, though. Benintendi batted just .119 (5-for-42) with 16 strikeouts and a .372 OPS when leading off games in 2019.

Similar struggles might force the Red Sox to tweak their lineup, especially with Rafael Devers — another left-handed hitter — batting second. And manager Ron Roenicke already acknowledged Verdugo — a left-handed hitter with a higher career average against lefties than righties — has the look of a leadoff hitter “down the road.”

5. Jonathan Arauz will stick with the organization.
Arauz, a Rule 5 draft pick from the Astros, must remain on Boston’s active roster for the entire season or be offered back to Houston for $50,000. Admittedly, this could require some gymnastics as the number of players on the active roster drops from 30 to 28 on the 15th day of the season, and then from 28 to 26 on the 29th day.

Arauz, who turns 22 next month, would be a somewhat redundant commodity if the Red Sox keep fellow utility players Tzu-Wei Lin and/or Yairo Munoz. But he’s very versatile — something that could become even more important as teams navigate this bizarre season — and his overall upside is apparent, with The Athletic’s Keith Law writing back in January that Arauz was the seventh-best prospect to change teams over the offseason.

I was surprised the Astros left Arauz unprotected in the Rule 5 draft, and was surprised a team like the Red Sox took him, since he’ll just be 21 and hasn’t hit above low-A yet. He’s very talented, though, and many scouts believe he’ll hit once he’s at a level appropriate for his age — which doesn’t mean the major leagues in 2020. He did trend up last year, with solid contact rates at two levels and a career high in homers.

Clearly, the Red Sox saw something in Arauz, whose future with the organization could depend on the role he’s able to carve out early in the season and whether Boston can afford to continue using a roster spot on a player whose most impactful contributions might not come in 2020.

6. Bobby Dalbec will make a strong debut with Boston.
Remember when Michael Chavis burst onto the scene last season? Well, Dalbec is capable of something similar, if not more, provided the opportunity presents itself.

Ironically, the timeline for Dalbec’s major league debut could depend on the production of Chavis, a right-handed hitter who’s expected to form a platoon at first base with the left-swinging Mitch Moreland. If Chavis struggles, or the platoon in general doesn’t go according to plan, Dalbec should find his way to Boston relatively soon. Dalbec can play across the diamond, too, even though Rafael Devers currently has third base on lock.

7. Tanner Houck will make a case to be Boston’s closer next season (and beyond).
Brandon Workman was awesome last season after becoming the Red Sox’s closer. As such, he’ll begin the 2020 campaign in that role. But it’s fair to wonder whether Workman can replicate that lights-out dominance, especially given his occasional control problems. And he’s also set to become a free agent this winter.

Houck, meanwhile, is among several prospects stationed at the Red Sox’s alternate training site in Pawtucket. The jury’s still out on whether his long-term future resides in the rotation or the bullpen, but his development so far likely points to a relief role upon his initial call-up. Don’t be surprised if he embraces the challenge, working his way into a prominent role — potentially in the ninth inning — for 2021.

8. The Red Sox will play in a wild-card tiebreaker.
2020 has been an absolute mess, on so many levels, that it’ll be fitting if 60 games aren’t enough to decide MLB’s playoff races. So, let’s say the Red Sox — who are -245 to miss the playoffs and +180 to make the playoffs, per Bovada — remain competitive throughout the season, to the point where their schedule gets extended by one more contest for the right to participate in the AL wild-card game. 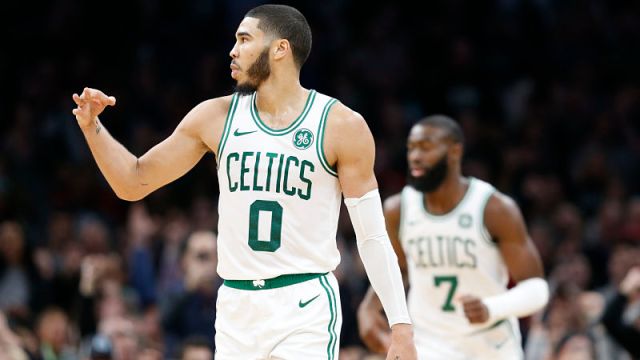 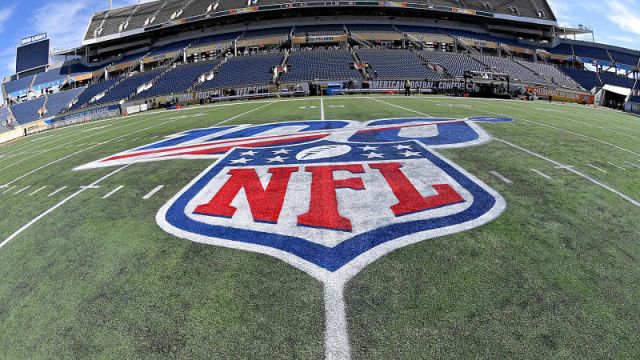