Even the “boldest” of predictions couldn’t have predicted how the 2019-20 NHL season would unfold.

You certainly wouldn’t be venturing too far out on any limb to say the Boston Bruins would have another fine season. The Black and Gold, after all, reached Game 7 of the 2019 Stanley Cup Final before picking the worst possible time to have a letdown, losing at home to the St. Louis Blues.

Little roster turnover and unfinished business were recipes for more success in 2019-20, and through 70 games, the B’s had an NHL-leading 100 points’ worth of success — then coronavirus hit.

After four long, world-changing months, the NHL is ready to stage its comeback — or at least attempt to do so. Whether that can be done safely and successfully remains to be seen, but if that does happen, the Bruins figure to be a big part of things.

Here are a few bold predictions for the Bruins’ 2020 playoff run.

1. The Bruins finish third in the round-robin seeding tournament
Did the B’s get screwed in the NHL’s return-to-play format? Maybe. It does seem a little unfair for the league’s top team to fall to the No. 4 seed in the conference. However, Bruins coach Bruce Cassidy has already admitted the team could prioritize keeping veterans healthy in the round-robin “tournament” to determine the top four seeds of the playoffs. The Bruins are a bit older, too, so the emphasis really should be on making sure everything is in working order for the actual first round of the traditional tournament, and that might lead to a loss or two in the round-robin format. And don’t forget: If any of those games are tied, it’s regular-season overtime rules, meaning a Bruins team that went 0-7 in the shootout could be facing a skills competition for seeding.

2. Tuukka Rask has another terrific postseason
Bold? Eh, debatable. It’s impossible to know for sure how any of the goalies will look, but the Bruins should feel confident rolling with a netminder who has 89 career playoff starts under his belt. Rask has played (and largely excelled) in just about every scenario imaginable, from the Olympics to the Winter Classic to international games to Game 7s. Certainly there have been some hiccups along the way, but few if any goalies enter the playoffs with the sort of resume enjoyed by Rask, and that has to be good for something. The former Vezina Trophy winner typically has played well when rested, and he certainly should come in fresh as a daisy after a four-month break.

3. Jack Studnicka breaks through — and makes an impact
Now seems like a good time for the Bruins’ top prospect to start cashing in on some of the potential. It’s easy to see how Studnicka gets a chance. The harsh reality is everyone is susceptible to the COVID-19 virus and it could strike any team at any time. Not only that, but these players are also rushing to get back into game shape, and injuries seem inevitable. If that happens to the Bruins — or if the offense goes quiet — don’t be surprised to Studnicka get a chance. Sure, he only has one game of NHL experience under his belt, but he’s impressed the right people thus far.

“How he scores goals is interesting,” Cassidy told The Athletic in April. “He gets inside and works to the good ice a lot, which is important in the NHL. It’s hard to be a perimeter player and have success. That was one thing I noticed about him.”

Studnicka seems like the perfect player to give the Bruins a needed boost somewhere down the road.

4. Ondrej Kase plays the role of Charlie Coyle
There were considerable stretches of time last spring when Coyle was the Bruins’ best player. This year, another trade-deadline pickup, Kase, will be the one who shines when the lights are brightest. This truly is a bold take, as Kase had just a single assist in six games with Boston after coming over from Anaheim. However, he started to look more comfortable just as the break hit, and his versatility should allow him to bounce around if needed. The best spot for him, though, is on the second line to David Krejci’s right, and if Krejci looks like the playoff version of himself we’ve seen over the years, Kase should benefit.

5. Ultimately, the B’s come up a little short
The Stanley Cup playoffs are always a crapshoot, and that will be multiplied in a big way this “season.” Boston certainly has the talent for another deep playoff run, and the Bruins definitely should hang around into late August, at least. There’s just so much talent in the Eastern Conference, and there are so many variables for which to account, so we’ll say Boston bows out in the Eastern Conference finals to the eventual Stanley Cup champion Tampa Bay Lightning. 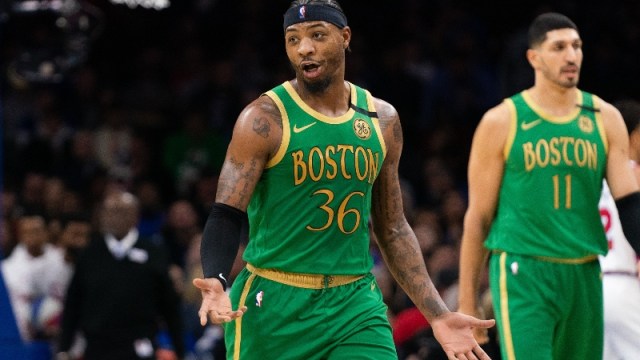 NESN Diary: Your Favorite Athlete Just Might Catch COVID-19 (And Other Random Thoughts) 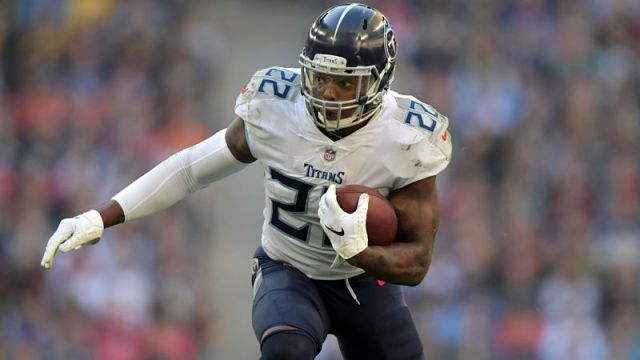