The WNBA’s 2020 season might be abbreviated due to COVID-19, but it still certainly packs quite a punch.

There are plenty of must-watch matchups on tap for this season, thanks partly to an active offseason. Some of the league’s biggest names found new homes between the 2019 and 2020 seasons, making for some brilliant basketball in the process.

The WNBA’s 2020 schedule has just about everything you could want: passion, excitement and, of course, drama. It’ll be an action-packed season, to say the least, and we’re here to break down some of the biggest upcoming matchups.

Here are 10 of the most noteworthy games to keep an eye on this season:

1. Seattle Storm vs. New York Liberty (July 25 @ 12 p.m. ET)
The WNBA will open the season with the debut of Sabrina Ionescu, the No. 1 overall pick in this year’s draft. But she’ll have some stiff competition in Sue Bird and Breanna Stewart, who are returning from injuries that sidelined their pair for the entire 2019 season.

2. Washington Mystics vs. Connecticut Sun (July 28 @ 7 p.m. ET)
Day 4 of the WNBA’s 2020 season will feature a rematch of epic proportions as the Sun look to avenge their loss to the Mystics in the 2019 WNBA Finals. And both teams have a bit of a different look than when they squared off in October.

Connecticut will be without three of the team’s five starters from 2019, with Courtney Williams and Skekinna Stricklen joining the Atlanta Dream in February and Jonquel Jones opting out of the season in July. Washington, meanwhile, is moving forward sans and Natasha Cloud and LaToya Sanders, who opted out of the season to focus on social justice.

3. Atlanta Dream vs. Las Vegas Aces (July 29 @ 10 p.m. ET)
The Dream will be without Angel McCoughtry for the first time in a decade in 2020, and the 33-year-old has a chance to show the team what it’s missing during this contest. Despite missing the 2019 season due to a nagging knee injury, McCoughtry left an impressive legacy in Atlanta, averaging 19.1 points and five rebounds per game during her 10-year tenure with the squad.

4. Seattle Storm vs. Washington Mystics (July 30 @ 6 p.m. ET)
It’s a battle of the WNBA’s last two champions. But which one will wind up on top?

The Mystics will have their hands full with Bird and Stewart back from their respective injuries. The matchup could look much different, however, should Elena Delle Donne opt-out of the season over health concerns.

5. New York Liberty vs. Washington Mystics (Aug. 7 @ 7 p.m.)
In this matchup, Tina Charles will take on the Liberty for the first time as a member of the Mystics. Charles spent six seasons with New York, during which she averaged more than 18 points per game, before being traded to Washington in a three-team trade during the offseason.

6. Phoenix Mercury vs. Seattle Storm (Aug. 8 @ 3 p.m. ET)
It’s a battle of the powerhouses whenever Bird and Diana Taurasi square off, and this occasion will be no exception. This will be the first time the two duke it out since 2018 after a left knee injury sidelined Bird for most 2019 season. And though Bird and Taurasi maintain a healthy friendship, this still should be one heck of a matchup.

7. Minnesota Lynx vs. Los Angeles Sparks (Aug. 9 @ 7 p.m. ET)
This will be Seimone Augustus’ first game against the Lynx since signing with the Sparks on Feb. 20 in free agency. Augustus spent 14 seasons with Minnesota, winning four WNBA titles and making eight All-Star appearances along the way. The 36-year-old did miss the majority of the 2019 season due to a lingering knee injury, though she doesn’t appear to be pumping the brakes just yet.

This matchup also will feature a sister act, with Nneka and Chiney Ogwumike taking on sister and Lynx rookie Erica Ogwumike for the first time in their professional careers.

8. Connecticut Sun vs. Atlanta Dream (Aug. 10 @ 6 p.m. ET)
Shekinna Stricklen and Courtney Williams will take on a brand-new Sun squad for the first time since joining the Dream in February in an epic late-season matchup. The duo played key roles in Connecticut’s run to the 2019 WNBA Finals, making their respective departures all the more heartbreaking for Sun fans. There will be plenty of passion in this contest, to say the least.

9. Phoenix Mercury vs. Dallas Wings (Aug. 10 @ 7 p.m. ET)
For the first time in her WNBA career, Skylar Diggins-Smith will play for a team other than the Dallas Wings (formerly known as the Tulsa Shock) this season. Diggins-Smith was one of Dallas’ core players from 2013 to 2018, before missing the 2019 season for the birth of her first child.

10. Connecticut Sun vs. Phoenix Mercury (Aug. 26 @ 10 p.m. ET)
For the first time in her 10-season WNBA career, DeWanna Bonner will play in a Mercury game as a member of the opposite squad. Bonner found plenty of success in Phoenix, earning two WNBA titles, three All-Star nods and three Sixth Woman of the Year awards during her decade-long tenure with the team. The 32-year-old was traded to Connecticut on Feb. 11 for three draft picks, giving her plenty of motivation for this late-season contest.

(You can check out the league’s full 2020 schedule here.) 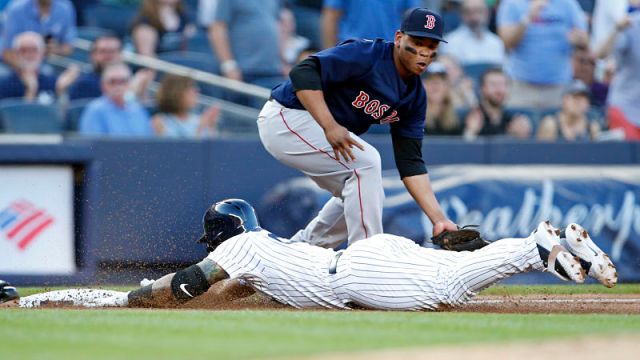 AL East Preview: How Red Sox Stack Up Against Yankees, Rest Of Division 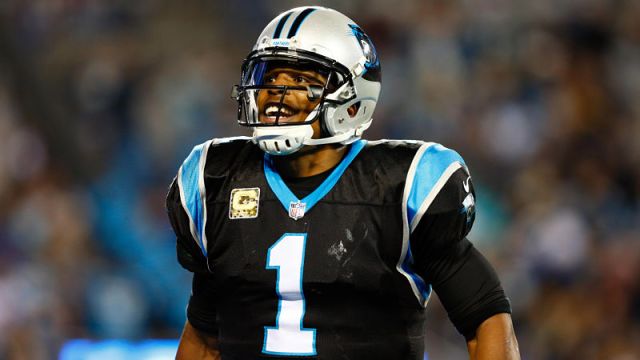 Will Cam Newton Be Upgrade Over Tom Brady? Former NFL Wideout Thinks So