How Julian Edelman Is Approaching His First Season Without Tom Brady - NESN.com Skip to content

Julian Edelman addressed the media Monday for the first time since the 2019 NFL season concluded.

Edelman, Brady’s favorite target and close friend for the better part of the last decade, shared his first public comments about the QB’s choice to leave the Patriots and join the Tampa Bay Buccaneers.

“Obviously, it was a little different scenario,” Edelman said in a video call. ?But you?ve got to move on. You understand this is a business, and you wish him well. And that?s when you instantly start thinking about what you have to do to prepare yourself to go out and contribute and help the team for the upcoming year.”

Edelman has had Brady behind center for all but four of the 150 games he’s played for New England, including playoffs. All but 28 of his 599 career receptions and all 36 of his receiving touchdowns have come on passes from TB12.

“Obviously, yeah, we played a lot of ball together,” Edelman said. “I love him to death. But the train keeps moving, as it will when I?m not playing here someday. It just always keeps going, so we?ve got to worry about the people we have here and try to prepare ourselves the best we can with the situation that we?re in with everything we?re dealing with.?

At 34 and entering his 12th NFL season, Edelman now is New England’s oldest offensive player. Seven of the 10 receivers on the Patriots’ roster (not including special teamer Matthew Slater) are 25 or younger.

“It’s definitely crazy,” said Edelman, who led all Patriots pass-catchers with 100 receptions for 1,117 yards and six touchdowns last season. “I can remember like it was yesterday when I was a rookie. Time flies when you’re having fun. … (I’m a) wise old vet now, I guess.”

Brady’s replacement has yet to be determined, with Cam Newton, Jarrett Stidham and Brian Hoyer set to battle for the starting spot in training camp. Edelman caught passes from all three in private throwing sessions this offseason.

More Patriots: Inside The Minds Of New England’s QB Candidates 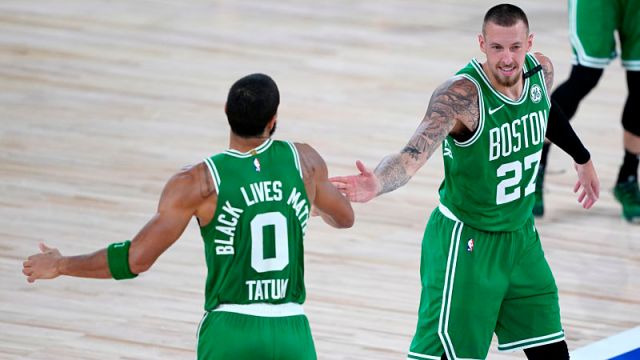 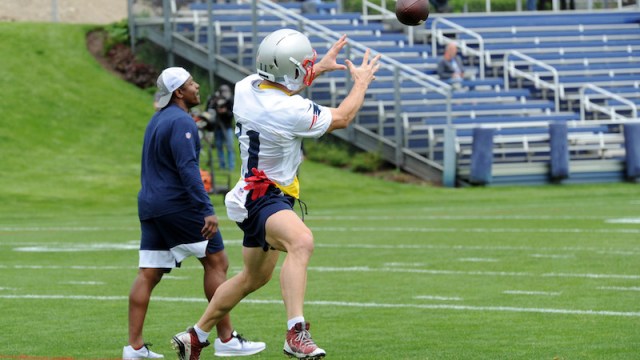