NFL fans clearly are ready for some football, but it remains to be seen whether the novel coronavirus is.

Sports leagues across the globe have managed either to start or to resume their respective seasons despite the ever-present threat of the COVID-19 pandemic. Now, it’s the NFL’s turn.

We know the 2020 NFL season will kick off Thursday night when the Kansas City Chiefs, who won the Super Bowl roughly a month before COVID-19 sent the United States into a shutdown, host the Houston Texans. And we’re fairly confident each team will play more than a few games this season. However, that’s about all we feel comfortable with predicting.

The truth is there are many ways — some big, some small — the pandemic could impact the 2020 NFL campaign. We’re fast-approaching the year anniversary of when SARS-CoV-2 first broke out in Wuhan, China, and yet we still don’t know what each day could bring. People, like the sports leagues they play in and follow, still are adapting on the fly.

Nevertheless, we came up with six significant ways the COVID-19 pandemic might affect the new NFL season.

Shortened/canceled season
Obviously, this is the biggest one. Most sports leagues that have played during the pandemic have been forced to alter their schedules in some fashion, and the NFL, despite its best efforts, might be headed for a similar fate.

While COVID-19 numbers generally, and relatively, have trended in positive directions in recent weeks, there remain chances of local, national and even global outbreaks. And, as we’ve seen in Major League Baseball, all it might take is an outbreak within an NFL locker room to completely upend a week or two. Plus, health experts around the world long have maintained that the fall and winter seasons could see the worst in COVID-19 cases and deaths.

Should their be a suspending, shortening or canceling of the season, it likely would be just the first of many dominoes to fall. What will networks air if there is no football? How much revenue is at stake? What happens to the fees TV networks pay for games? What about fans who pay for live sports? What about all the collective bargaining madness we saw in MLB?

Hopefully, none of these issues will rear their heads.

Roster shuffling
We’re already starting to see some of this around the NFL. Players placed in injured reserve after Saturday’s 53-man roster cutdowns can return after just three weeks, compared to eight weeks in normal seasons. And that only scratches the surface of the new roster rules put in place for what surely will be a unique season.

But what if, say, 10 players test positive for COVID-19 two days before a game? Sure, teams could summon players from their practice squads, but those are not endless reservoirs. Moreover, games loaded with inexperienced practice squad players probably won’t produce high-quality football, though that’s a sacrifice we all probably should be ready to make at this point.

On a more positive note, this level of uncertainty could create cool storylines, like the Philadelphia Eagles signing 41-year-old Josh McCown as an emergency quarterback.

Fantasy football chaos
Say what you want about fantasy football, but it’s a major part of an NFL season, and needs to be factored into this discussion.

So long as there is an NFL season, there will be a fantasy football season. But if some of the roster craziness mentioned in the previous section comes to fruition, fantasy football leagues are going to be a total bleep-show.

Will fantasy service websites give players more roster spots? They probably should, right? What if your best player goes down with a serious case of COVID-19? Maybe you should ascend up the waiver wire order, or something.

If things get weird, this fantasy season will carry a huge asterisk — except according to whoever wins their league, of course.

Saturday games?
The college football season is a totally different topic altogether, but for a moment let’s assume a majority of FBS conferences don’t play. While unlikely, such a scenario could lead to an increase in Saturday NFL games, which usually only happen toward the end of seasons.

We’ll spare you the legal jargon, but just know the NFL is not allowed to schedule games on Saturdays during college football seasons or Fridays during high school football seasons. But if there are no college or high school seasons, then the door opens for the NFL to get a short-term waiver and move games to Friday or Saturday. It’s possible.

However, money would be a huge factor. The NFL likely would want additional compensation from TV networks, considering those networks’ ratings surely would be boosted by new NFL games.

Then again, maybe the NFL would realize that games on Sundays, Mondays, Thursdays and Saturdays simply would be too much — “pigs get fat, hogs get slaughtered,” as Mark Cuban once said.

Playoff bubbles
As the NBA and NHL both have shown, bubbles are the best way to limit COVID-19 cases in sports leagues. But for many reasons — length of season, size of rosters, to name a couple — a bubble is not a viable solution for the NFL’s regular season.

The league reportedly is considering playoff bubbles. NFL vice president of football operations Troy Vincent has left the door open for them, as well. Like many of the situations we’ve discussed, the state of the COVID-19 pandemic likely will dictate the NFL’s course of action, though greedy stubbornness might have a seat the table, as well.

Ultimately, most teams will operate in de facto bubbles this season, and it only makes sense to move to the real deal once it becomes tenable.

Fan-less Super Bowl
The number of fans permitted at games during the regular season will be determined by state governments, rather than NFL front offices. Some teams will have fans in the stands in Week 1, while others won’t have any for at least the first month. Some might not have any for the entire season.

Again, those COVID-19 charts we all known and love will be the most important factors in getting butts back in the seats in some capacity.

But the Super Bowl?! That could be a totally different animal.

This year’s Big Game is scheduled to be held in Tampa. Regardless of venue, it’s hard to imagine the NFL not allowing any fans into the Super Bowl, but the scenario is nonetheless possible.

A fan-less environment could impact the Super Bowl in more ways than just the absence of a kinda loud, mostly corporate crowd. Without all the usual fan and media hoopla, teams — experienced or otherwise — might be able to focus on the actual game and not become overwhelmed by the magnitude of the moment. Or, maybe the lack of buzz will cause some players to forget they’re playing in the Super Bowl and begin the came without the required urgency.

The silver lining? Maybe the NFL would forgo the halftime show, which almost always stinks. 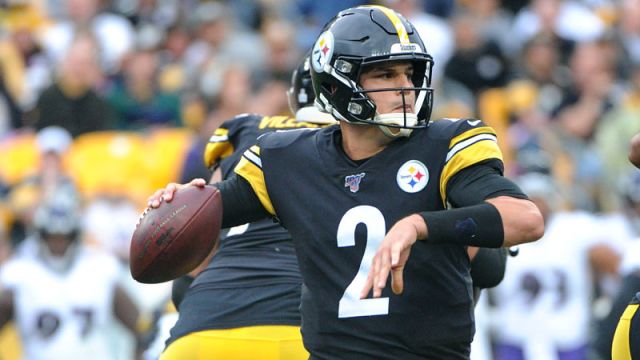 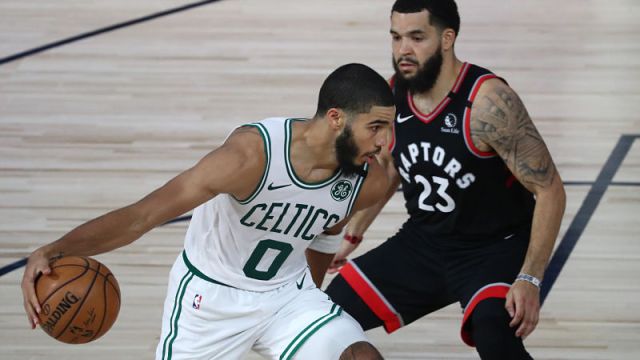