For the last 11 years, Edelman has been linked to Tom Brady as the Robin to his Batman. The Scrappy to his Scooby. The Kit Cloudkicker to his Baloo. The Patriots wide receiver has probably been referred to as Brady’s “binky” by every play-by-play man across every NFL network partner since Edelman emerged back in 2013. But now Brady is 1,300 miles away from his pacifier, and Edelman has a chance to prove he won’t be discarded with Bruce Wayne patrolling Tampa.

Now that Edelman is the new Batman, Superman — Newton — might find some use out of Brady’s old reliable.

Edelman was “Jules” or “Babe” to Brady. He’s “Highway 11” to Newton. And with only a couple of other experienced pass-catchers on the Patriots’ roster, Newton will probably rely on Edelman just as heavily as Brady to move the chains.

Edelman is 34 years old and has, as Newton calls it, “an invisible chip on his shoulder that he views as the size of an iceberg.”

And Edelman has definitely proved enough as a Super Bowl MVP, but now he has another mountain to climb as he demonstrates he could still be a No. 1 wide receiver with Brady out of the building and that his success isn’t only tied to his former quarterback as a ways of proximity. Edelman can’t get away from Josh McDaniels’ and the Patriots’ system. But he can set out to prove that he’s not just Brady’s security blanket. That he’s as good as all of those other top wide receivers across the league who haven’t had the good fortune to play with the best quarterback in NFL history.

“I don’t know what more you want me to tell you,” Newton said. “The stats speak for themselves. And a guy like him, he’s got that build where he may not do anything that flashes you or say like, ‘Oh he’s a one-of-one.’ But his effort, I think that’s the thing — his effort.”

“On another team, (he) probably won’t be touched or anything like that,” Newton said. “But for him, he wants rep after rep after rep. He wants to get in there and dig out certain players, and he’s on the N’Keals (Harry), the young guys, the Damieres (Byrd), everybody, just trying to help, like, ‘Hey, let’s go, man. Let’s go, let’s go. What are we doing? Cam, hey, let’s get it again. Let’s get it again and again.’ And to have that repetitive energy, that competitive energy, it’s something that’s unmatched.

“It’s either, you catch up to his mustard, or you’re just going to fall by the wayside. So, I’m just trying to find ways to keep up with him, and if anything, keep that standard that he’s set.”

Newton has gained even more respect for Edelman in the two months they’ve been teammates. And if anything, Newton is trying to get Edelman to chill out a little.

“I always kind of have to tease with him just to lighten him up,” Newton said. “But he’s just got that look in his face, that fiery look. You can only respect that from a person who’s been doing this year in and year out for so many different years and producing. And that’s the only thing you can ask for in a teammate.”

Wes Welker was only able to produce one 1,000-yard season without Brady, and it came during the prime of his career with Matt Cassel at quarterback during the 2008 season. Edelman should be on the downturn. But we’ll see if he can create some magic with Newton as he escapes from Brady’s shadow. 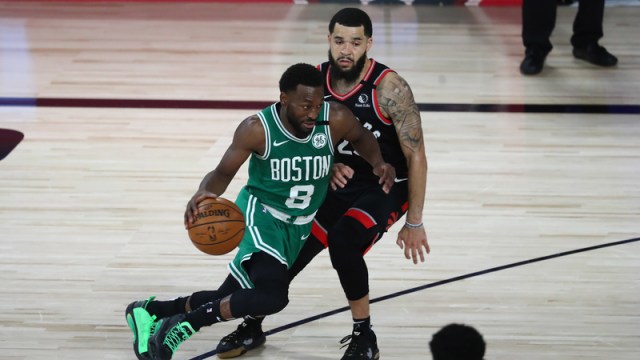