Patriots' Cam Newton Feels 'Disrespected' By Teams That Passed On Him - NESN.com Skip to content

Playing in his first game since last September and his first in a New England Patriots uniform, the 31-year-old quarterback systematically dismantled the Miami Dolphins, rushing 15 times for 75 yards and two touchdowns while completing 15 of 19 passes for 155 yards in a 21-11 Patriots win.

It was a vintage performance for the 2015 NFL MVP, who entered the 2020 season with health concerns following back-to-back season-ending injuries.

Due to those concerns, it took Newton 3 1/2 months to find a new team after the Carolina Panthers released him in March. He now plans on making each team that passed on him regret its mistake.

?There was a long time off,” Newton said Monday on WEEI’s “Greg Hill Show.” “There?s a docuseries that I do have coming out about (it called) ’86 Nights.’ And for any person who has felt forgotten, yeah, I do feel disrespected to a degree. And that?s making me even more loyal and excited to the Patriots organization for giving me an opportunity. Because a lot of people, who knows, seeing what they saw (Sunday) or seeing what they have been seeing, probably would have regretted (not signing me). But yet, it?s not for me to be the person to give out this, that and the third.

“I do feel like I wake up ticked off with things to prove to certain people, whether it?s players, whether it?s coaches, whether it?s GMs, whether it?s just God that blessed us with the sun today. I don?t need too much to get myself going. I?m self-proclaimed. I?m motivated for myself, and that?s what I do. So when I play teams that I do know had an opportunity to come get me, yeah, it?s an added advantage to want to go out and do more.?

The Dolphins were one of those teams. Entering the spring with a quarterback depth chart of Ryan Fitzpatrick and Josh Rosen, Miami opted to plan for the future at the position, bypassing free agent options and drafting Tua Tagovailoa fifth overall back in April.

Another team that’s likely on Newton’s list is the Las Vegas Raiders, whom the Patriots will host in two weeks. The Raiders opted to sign Marcus Mariota to back up Derek Carr rather than taking a swing on Newton. 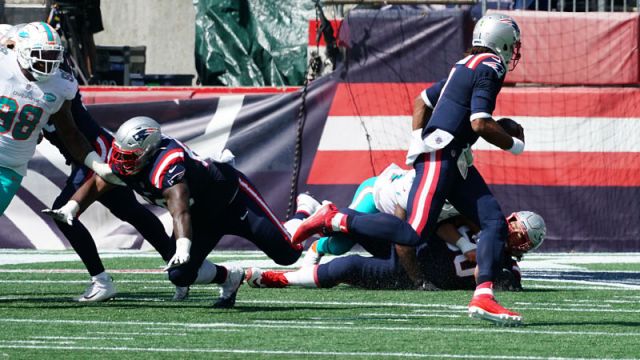 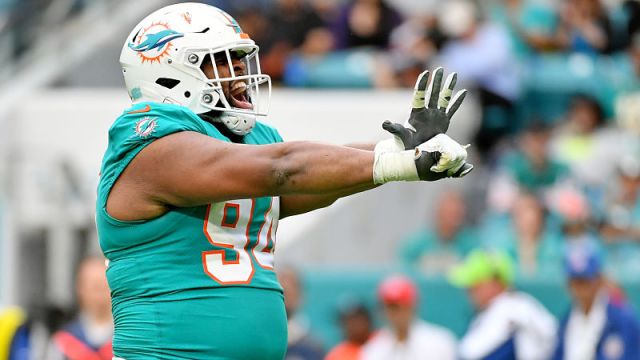