Cam Newton’s first New England Patriots training camp was an unequivocal success. But an important aspect of the quarterback’s game won’t be tested until Week 1.

Though he’s been able to showcase his renowned rushing ability on the practice field, Newton hasn’t carried the ball against a live defense since his final game as a Carolina Panther last September.

The COVID-19 pandemic wiped out the entire 2020 NFL preseason, and having Newton — who, like all QBs, practices in a red non-contact jersey — take hits from teammates simply isn’t worth the injury risk.

So the Patriots can’t yet truly know whether their new quarterback, who’s coming off back-to-back season-ending injuries, still possesses the physical tools to be the same devastating ball-carrier he was in Carolina.

But they’re confident he does.

“You don?t ever know until you know,” offensive coordinator Josh McDaniels said Wednesday. “But you see enough in the drills, in the things we?ve tried to simulate, to make a pretty good assumption that it?s there and that it?s where you want it to be.”

Newton is one of the best running quarterbacks in NFL history, holding the all-time record for rushing touchdowns by a QB with 58. Steve Young is second on that list with 43. Only four NFL rushers, regardless of position, have scored more since Newton entered the league in 2011. Newton also ranks third in career QB rushing yards (4,806), trailing only Michael Vick and Randall Cunningham.

While Newton’s best days as a rusher almost certainly are behind him, the 31-year-old was productive in that area as recently as 2018, when he finished with 488 yards (fourth-most among QBs) on 101 carries (second) with four touchdowns (T-fifth) in 14 games. A foot injury limited him to just two games last season.

Until he sees evidence to the contrary, Patriots quarterbacks coach Jedd Fisch said he’s expecting Newton to regain his 2018 form.

“It?s always an interesting challenge when you have normal practice for running back and quarterback,” Fisch said. “How quickly are they tackled? You handle a lot when they go to the line of scrimmage, and then there?s an assumption of a tackle, it?s very difficult to say, ?Oh no, he broke that tackle? or ?Oh, I?m sure that first guy wouldn?t have made that arm tackle.? It?s one of those very difficult things to evaluate in terms of while you?re practicing because tackling to the ground is very different, as we know.

“Then you get someone like Newton who’s at 250 pounds, 6-foot-5, and now it?s like, how do you evaluate that when you?re sitting there in a red jersey? I think what we?d probably say to that is that you have to assume that he?s healthy, Cam, which is what we?ve seen since we started working with him. You go back to the last time you saw a healthy Cam, you go back to when he was playing games in Carolina (in 2018), and what did a healthy Cam look like in terms of running the football and in terms of being able to break a tackle or being able to knock a guy down.

“That?s the assumption we are going to work off of until he?s unable to do the things he has shown he?s able to do.”

Even a slightly diminished Newton would provide a new, dynamic element to New England’s offense, which was led for the last 19 years by the statuesque Brady (1,037 career rushing yards). Newton received a significant number of rushing opportunities in training camp. 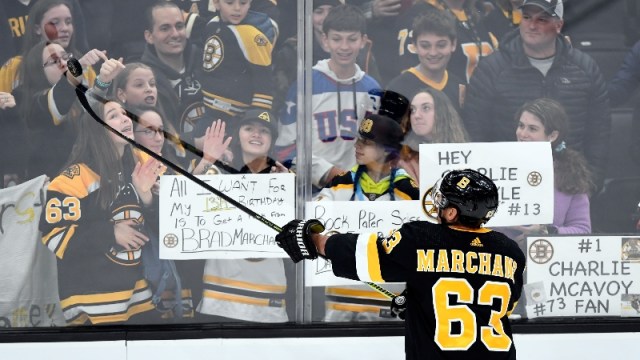 Bruins Share Video Thanking Fans After ‘Season Unlike Any Other’ 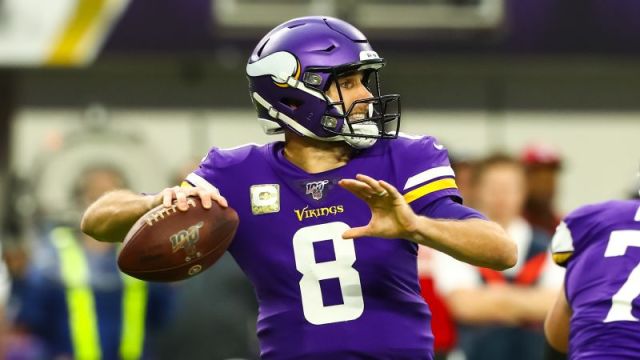 Kirk Cousins Not Worried About Getting COVID-19: ‘If I Die, I Die’