Make that two in a row for the Red Sox. And Boston can thank Tanner Houck for keeping the Marlins off the board.

Houck dazzled in his debut, tossing five innings of two-hit, no-run ball with seven strikeouts. The right-hander also picked up the win.

Sandy Alcántra also pitched strong for the Marlins, giving up one earned run on five hits.

GAME IN A WORD
Pitching.

Houck was excellent, as were the relievers in the win.

ON THE BUMP
— Houck got into some trouble in the first, second and fourth by putting men on the base path. But the rookie ended those three innings with a strikeout to not allow any runs to cross the plate.

The right-hander racked up seven K’s through his first four innings.

The right-hander returned for the seventh and amassed two strikeouts in a scoreless, hitless inning.

— Ryan Brasier pitched a scoreless eighth with a strikeout.

— Matt Barnes closed out the game in the ninth.

IN THE BATTER’S BOX
— The Red Sox tried to get something going with two on and two out in the fifth, but Alex Verdugo flied out to end the threat.

— Boston did the same thing in the sixth, except this time it was able to put some runs on the board.

— James Hoyt intentionally walked J.D. Martinez in hopes to get a double play after Rafael Devers led the inning off with a double.

But it backfired on Hoyt after Vazquez singled to drive in Devers for the 2-0 lead.

— Martinez led the way for Boston with two hits, while Verdugo, Devers, Vazquez, Bradley and Bobby Dalbec each had one. All other batters went hitless.

UP NEXT
The Red Sox continue their series with the Marlins on Wednesday night. First pitch is set for 6:40 p.m. ET. 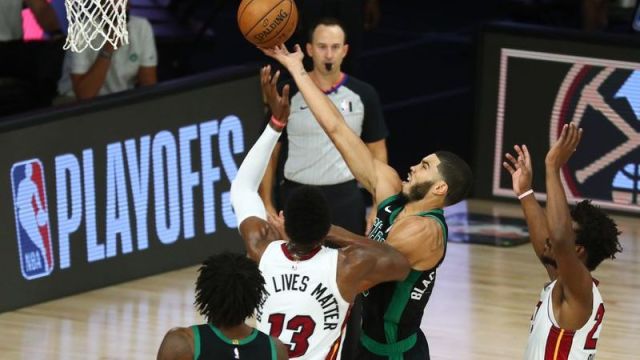 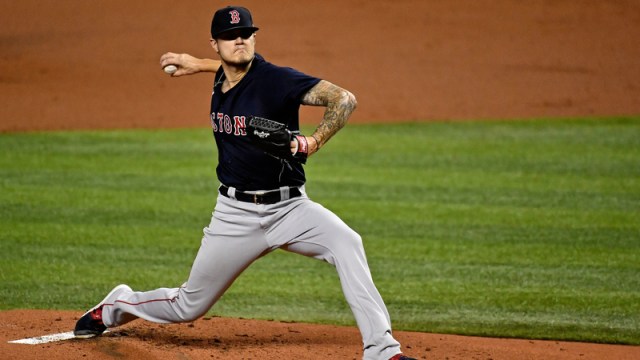