One of the most important games of the season to date rounds out a wild Week 7 on Monday night.

The upstart Chicago Bears will look to keep their place atop the NFC North when they do battle with the Los Angeles Rams, a team looking to keep pace in the NFC West, football’s most competitive division.

Here’s a full betting preview for Monday night’s game, a contest that could have significant playoff implications by season’s end. The line, total and props are provided via consensus data.

BETTING TRENDS
The Bears’ early-season success is one of the most surprising developments in the first half of the 2020 campaign. Not only is Chicago 5-1 straight-up, but Matt Nagy’s team has covered in four of its six games. There has been a lot of value in betting on the Bears away from Soldier Field, too, as they’re 3-0 against the spread on the road. Chicago already has been a road underdog three times this season and has won each game outright. Coincidentally, the Bears have been road dogs of 5.5 points or more just once since the start of the 2019 season. That came almost a year ago, against the Rams. LA won the game 17-7 as 5.5-point favorites.

The Rams enter with a 4-2 record, having covered in three of six games. They’re perfect, 2-0, ATS at SoFi Stadium. LA has been profitable in bounce-back spots under Sean McVay. The Rams are 11-5 straight-up and 9-6-1 ATS following a loss since McVay took over. Here’s another intriguing spot: The notoriously high-scoring Rams have played seven games since November 2018 with a total of 46 points or lower. They’re 5-2 straight-up and 5-1-1 ATS in those seven games. They have been surprisingly comfortable playing low-scoring games. The Rams also tend to cover as favorites of about a touchdown. LA is 21-2 straight-up and 13-8-2 ATS in games as favorites of 5.5 points or more.

The Rams have a good defense and a very good offense. The Bears have a great defense and a mediocre offense. So, where does that leave us? We’re leaning toward laying the points with the Rams because there’s a better chance LA’s offense finds a way to move the ball against the Bears’ defense. The Rams’ defense is good enough (13th defensive DVOA) to flummox a Chicago offense that ranks tied for the fifth-fewest yards per play entering Week 7.

Here’s something else to monitor Monday night: Arguably Chicago’s two best defensive players, Khalil Mack (back) and Akiem Hicks (illness) missed practice late last week. The Rams, meanwhile, are trending in the right direction on that front with Darrell Henderson and Tyler Higbee expected to get the green light. 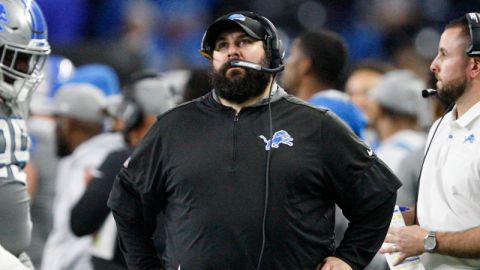