Cam Newton called this Sunday’s game “a must-win” for the New England Patriots. He’s not wrong.

A loss this week to AFC East-leading Buffalo Bills could effectively drop New England out of contention in a division it’s dominated for the last two decades. Win, and they’re right back in the fight with nine games still to play.

This is a game that could decide the Patriots’ season and, with the NFL trade deadline just three days away, even the future of the franchise.

Sunday’s forecast calls for rain and heavy winds that could exceed 40 miles per hour. Those conditions could benefit the Patriots, who boast one of the NFL’s top rushing attacks, against a Bills defense that’s been one of the league’s worst at stopping the run.

THE ODDS
The 5-2 Bills are pegged as four-point home favorites over the Patriots, who have not lost in Buffalo since 2011.

New England is 2-4 against the spread this season. Buffalo is 3-4 ATS.

LAST WEEK
The Patriots had their doors blown off by a banged-up San Francisco 49ers team, losing 33-6 in their most lopsided home defeat of the Bill Belichick era.

New England failed to score a touchdown for the first time since 2016 — and the first time with their preferred starting quarterback since 2013 — and benched Newton early in the fourth quarter.

Defensively, the Patriots allowed 197 rushing yards and dozens more on behind-the-line swing passes. The game was an abject disaster on both sides of the ball for Bill Belichick’s club.

The Bills got back in the win column after back-to-back losses to the Tennessee Titans and Kansas City Chiefs, but they didn’t look overly impressive, trailing a winless New York Jets team at halftime before pulling out a 18-10 victory.

INJURY REPORT
To say the Patriots are limping into this game would be accurate.

Eleven more Patriots players are listed as questionable, including top cornerbacks Stephon Gilmore — who did not practice Friday — and J.C. Jackson:

Dugger missed last week’s game, and Thuney and Herron both exited early with injuries. Thuney has not missed a start in his NFL career.

Gilmore’s absence from practice Friday casted doubt on his availability for Sunday. With the trade deadline coming Tuesday and Gilmore’s contract situation making him a prime candidate for movement, there’s a chance the 2019 NFL Defensive Player of the Year already has played his final game in a Patriots uniform.

The Patriots could get two potential defensive contributors back for this game, as D-tackle Beau Allen and rookie linebacker Josh Uche are eligible to return from injured reserve. Those both have been positions of weakness for New England this season and could benefit from Allen’s size and Uche’s athleticism.

Special teamer Cody Davis also is eligible to come off IR after returning to practice this week.

Butler and Hyde did not practice Friday. Lewis and Milano were limited. Norman, Milano and Hyde all are starters on Buffalo’s underperforming defense.

PLAYERS TO WATCH
Cam Newton, Patriots quarterback
Each of Newton’s last three games has been his worst in a Patriots uniform. How can the former NFL MVP get back on track? Given the expected weather conditions and the status of New England’s receiving corps, letting Newton run might be the best course of action.

Despite missing one game and dialing back his rushing opportunities last week, Newton still leads all Patriots in carries (50) and yards (244) and has scored five of the team’s eight rushing touchdowns.

Bills coach Sean McDermott is familiar with Newton’s skill set, however. McDermott was Carolina’s defensive coordinator for Newton’s first six seasons with the Panthers and successfully limited the QB in their only meeting to date.

The third-year QB looked like a legit MVP candidate early on. Recently? Not so much. Allen also has had little success against the Patriots in his career, completing just 48.4 percent of his passes with three touchdowns, five picks and a 56.4 passer rating in three meetings (all Bills losses).

Jakobi Meyers, Patriots wide receiver
With Harry and Edelman unavailable, Meyers should draw into the starting lineup alongside veteran Damiere Byrd. The 23-year-old showed some promise as an undrafted rookie last season and was one of the Patriots’ best offensive players against San Francisco, catching four passes for 60 yards after Harry’s injury.

New England’s receiving corps Sunday will consist of Byrd, Meyers, Gunner Olszewski and some combination Isaiah Zuber, Kristian Wilkerson and Mason Kinsey, at least one of whom likely will be elevated from the practice squad.

Stefon Diggs, Bills wide receiver
The former Minnesota Vikings star has had a massive impact on Buffalo’s offense, ranking in the top five in the NFL in both catches and receiving yards this season. Losing Gilmore would make this matchup significantly more difficult for New England, though the conditions could neuter Buffalo’s potent passing game.

The Bills have had the NFL’s third-most efficient air attack this season by DVOA but rank 32nd in rushing offense.

Damien Harris, Patriots running back
Harris has been New England’s lead back since Sony Michel landed on IR three weeks ago, and he’s been solid in that role, averaging 5.4 yards per carry on 33 attempts.

The Alabama product downplayed his ankle injury Friday, saying he’s “fine.” He could see a heavy workload this week against a Bills team that ranks 21st in rushing yards allowed per game, 23rd in yards allowed per carry, 26th in run defense DVOA and 32nd in Pro Football Focus’ run defense grade.

The Chiefs kept the ball on the ground against Buffalo two weeks ago and were dominant, racking up 245 yards on 46 carries. The Patriots already have one 200-yard rushing performance on their record this season. 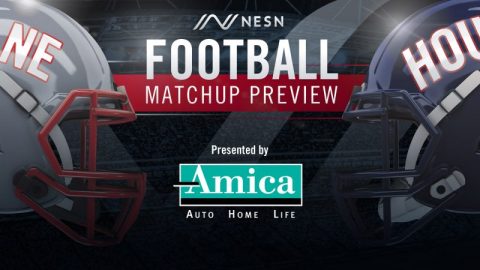 Patriots Vs. Texans Preview: What To Watch For In Week 11 Matchup 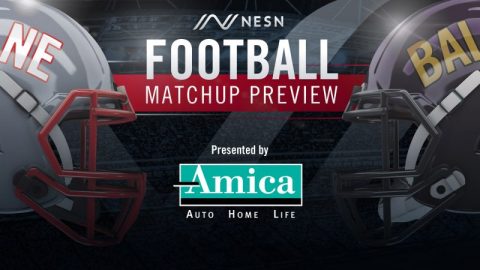 Patriots Vs. Ravens Preview: What To Watch For In Week 10 Matchup 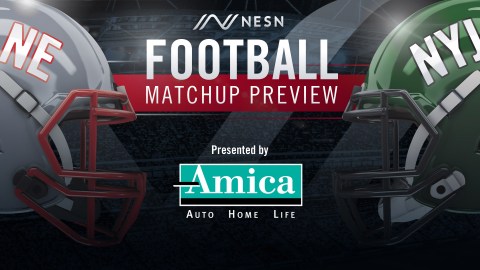