Patriots Vs. Rams Preview: What To Watch For In Super Bowl Rematch - NESN.com Skip to content

The stakes will be lower in Thursday night’s rematch — but higher than they’ve been in any Patriots game this season.

A win over the 8-4, NFC West-leading Rams would push the 6-6 Patriots — winners of two straight and four of their last five — ever closer to an unlikely postseason berth.

A loss wouldn’t mathematically eliminate New England but the chances of a 9-7 team qualifying in this year’s competitive AFC are slim, even with a third wild-card spot added.

Can the Patriots pull off the upset? Can Bill Belichick repeat his coaching masterclass against Sean McVay? Can New England’s defense and special teams keep up their torrid pace?

Here’s what we’ll be watching for in this Week 14 matchup:

LAST WEEK
The Patriots kicked off their L.A. back-to-back in emphatic fashion, hammering the Chargers 45-0 in their most resounding victory of the season.

Quarterback Cam Newton finished with a career-low 69 passing yards in the win, but the Patriots excelled in every other facet, swarming Chargers quarterback Justin Herbert throughout and scoring two touchdowns on special teams.

The Rams bounced back from a Week 12 loss to the San Francisco 49ers by scoring a 38-28 road win over Kyler Murray and the Arizona Cardinals.

We’re keeping an especially close eye on Jackson, Jones and Izzo, all of whom left the Chargers game with injuries.

Either defensive back would be a significant loss against a Rams offense that features a wealth of talent at receiver (Cooper Kupp, Robert Woods, Josh Reynolds, Van Jefferson) and tight end (Tyler Higbee, Gerald Everett). If either Jackson or Jones can’t go, undrafted rookie Myles Bryant and/or 2019 second-round pick Joejuan Williams could take on larger coverage roles.

Izzo has just 13 catches this season, but he’s started every game and played 80 percent of New England’s offensive snaps. No other Patriots tight end has played more than 10 percent. If Izzo can’t go, it would be up to Dalton Keene, Jordan Thomas and potentially Devin Asiasi (if he’s activated off injured reserve) to fill the void.

The Rams listed just one player on their final injury report: kicker Matt Gay, who’s questionable with a shoulder ailment. Running back Cam Akers and defensive lineman Michael Brockers both missed practice earlier in the week but have been cleared to play.

With a backfield combo of Akers, Darrell Henderson and Malcolm Brown, the Rams lead the NFL in Football Outsiders’ rush offense DVOA — which measures a unit’s overall efficiency — despite ranking tied for eighth in rushing yards per game and 20th in yards per carry.

PLAYERS TO WATCH
Cam Newton, Patriots quarterback
Newton has thrown for fewer than 85 yards in back-to-back games and won both. How rare is that? The last starting QB to do it was Akili Smith in 2000, and he was benched on one of those games.

The Patriots have been able to win lately despite their lack of a passing attack, which had shown steady improvement before crashing in Week 12. Newton has said numerous times that he only cares about wins, not numbers. But it’s tough to envision New England reeling off four more wins without some additional pass-game production.

Newton at least was efficient and careful with the ball against the Chargers — he played turnover-free football after tossing two interceptions in a last-second win over the Cardinals — and his impact in the run game cannot be overlooked. Only Dalvin Cook and Derrick Henry have more rushing touchdowns this season than Newton’s 11.

Jared Goff, Rams quarterback
Super Bowl LIII was a miserable experience for Goff, whom New England successfully overwhelmed with near-constant pressure. Goff completed just 50 percent of his passes, was sacked four times and threw a fourth-quarter interception to Stephon Gilmore — while facing heavy pressure from a double safety blitz — that essentially lost the game for L.A.

It’ll be interesting to see whether the Patriots, who’ve lost most of their 2018 front seven, employ a similarly blitz-happy game plan this week. They took the opposite approach against the Chargers, delivering their best pass-rush performance of the season despite blitzing on less than 10 percent of Herbert’s dropbacks.

Goff is coming off one of his most efficient games of the season, completing 78.7 percent of his passes for 351 yards while relying almost exclusively on short throws. Just six of his 47 pass attempts against Arizona traveled more than 10 yards downfield, per Pro Football Focus.

Damien Harris, Patriots running back
We mentioned the Patriots’ recent passing problems. This might not be the week to solve them. The Rams’ secondary, led by Pro Bowl cornerback Jalen Ramsey, leads the NFL in passing yards allowed per game and per attempt and ranks fourth in Football Outsiders’ pass defense DVOA.

That means we could see another hearty helping of Harris, whose 5.1 yards-per-carry average as New England’s lead back is the eighth-best in the NFL. The Patriots have been the NFL’s most run-heavy team this season, ranking first in rushing attempts, third in rushing yards, tied for second in rushing touchdowns and fourth in rush offense DVOA.

Running on the Rams won’t be easy, though. They also boast a top-five rush defense.

Cooper Kupp, Rams wide receiver
The biggest change to the Rams’ offense compared to Super Bowl LIII is the presence of Kupp, who missed the second half of the 2018 season with a torn ACL.

Kupp, who plays more than half of his snaps in the slot, leads all Rams pass-catchers with 74 receptions (tied for 12th-most in the NFL) for 836 yards (16th), though he has just two touchdown catches. When L.A. faced Miami early last month, Goff targeted him a remarkable 20 times, completing 11 for 110 yards.

“He certainly makes a big difference,” Belichick said this week.

The Patriots surprised the Rams in the Super Bowl by playing far more zone coverage than usual. Will they run that plan back or pivot to a more man-heavy approach? And when they do play man, does top corner Gilmore take on Kupp?

Adam Butler, Patriots defensive tackle
Butler has played a key role in the recent resurgence of New England’s pass rush. He’s been excellent since returning from a shoulder injury that limited him for much of the season, tallying 11 tackles, two sacks, three tackles for loss, four QB hits and two pass breakups over the last two games.

In Butler, Chase Winovich, Deatrich Wise and rookie Josh Uche, the Patriots have found a quartet of pass rushers that’s been able to consistently generate pressure on key downs. Can they get after Goff the way Dont’a Hightower, Kyle Van Noy and Co. were able to two years ago?

Aaron Donald, Rams defensive tackle
Any game plan against the Rams’ defense has to begin with Donald. The two-time NFL Defensive Player of the Year has been his usual quarterback-crushing self this season, ranking second in the league in sacks (11) and tied for fourth in QB hits (22).

?He?s an outstanding player,? Belichick said Tuesday. ?He?ll wreck a game. There?s no play he?s not a factor on, and he?s right in the middle of the defense. You can?t really get away from him on any run or pass play. You?ve got to deal with him and block him on every play. So he?s definitely a major factor in the game.”

Donald isn’t the Rams’ only defensive standout, either. They’ve been fantastic on that side of the ball this season, ranking in the top five in nearly every category under first-year coordinator Brandon Staley.

Gunner Olszewski, Patriots punt returner
Olszewski has been at the forefront of the Patriots’ return game revival, taking punts back for touchdowns in each of the last two games (with one negated by a penalty).

The Rams’ special teams aren’t as inept as the Chargers’, but they have struggled in kick and punt coverage, ranking 30th in return yards allowed in both despite boasting one of the NFL’s most accomplished punters in Johnny Hekker. They’ve also cycled through three kickers this season, the latest of whom (Gay) currently is listed on the injury report.

This is a mismatch the Patriots will look to exploit. 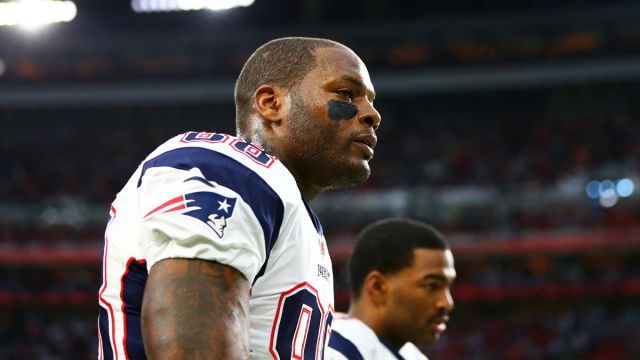 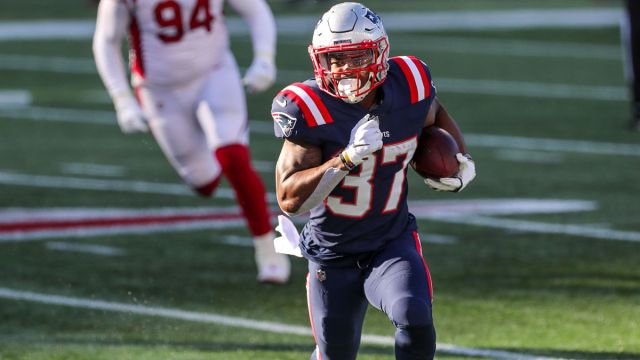