Much of the Boston Red Sox’s attention this offseason probably will focus on improving the pitching staff, which struggled throughout Major League Baseball’s condensed 2020 season.

But that doesn’t mean Red Sox chief baseball officer Chaim Bloom won’t scour the market for upgrades elsewhere, especially with other holes to fill and depth being of the utmost importance in today’s game.

Most notably, the Red Sox will need another outfielder if Jackie Bradley Jr. signs elsewhere. And Boston’s second base situation remains in flux despite Christian Arroyo’s strong showing down the stretch.

The Red Sox gained some financial flexibility by resetting the luxury tax this season, although it’s unclear how the COVID-19 pandemic will impact Boston’s spending and budgets, in general, across MLB. It’s also fair to question whether Boston should spend lavishly this winter, even under normal market conditions, based on the club’s 2020 performance and its quest to build a sustainable contender that doesn’t rely on patchwork personnel decisions.

Could the Red Sox make a significant splash in free agency? Sure. But don’t bank on it, especially when it comes to free agents attached to qualifying offers, for that would require Boston to relinquish coveted draft capital at a time when Bloom is trying to replenish the farm system.

So, let’s not exert too much energy focusing on the biggest fish among position players: J.T. Realmuto, George Springer and DJ LeMahieu.

Springer and LeMahieu would be very attractive from purely a roster fit standpoint, with the former potentially replacing Bradley while filling the leadoff void created by Mookie Betts’ departure, and the latter boasting tremendous on-base skills in addition to valuable infield versatility. But they’ll likely receive qualifying offers from the Houston Astros and New York Yankees, respectively, making them imperfect fits from a cost-of-acquisition standpoint.

Want to throw Marcell Ozuna into that group? That’s cool, too, seeing as the soon-to-be 30-year-old outfielder figures to cash in after a monstrous season with the Atlanta Braves. But it’s worth noting he can’t receive a qualifying offer this offseason, by rule, after receiving one last offseason from the St. Louis Cardinals.

For the purposes of this exercise, let’s also exclude Bradley and outfielder Kevin Pillar. Not because the Red Sox won’t consider re-signing JBJ or bringing back Pillar, whom they traded to the Colorado Rockies in August. They absolutely could. We’re just looking to spice things up with faces that aren’t quite as familiar in Boston.

Here are eight free agents to keep in mind with regards to the Red Sox, acknowledging there are many others — some with less name recognition — who might emerge depending on market factors (non-tenders, club options, etc.) and/or other moves made by Boston.

Michael Brantley, OF
Brantley, a four-time All-Star, long has been one of the most underrated players in baseball. He has spent the last two seasons with the Astros doing what he does best — making contact and reaching base — and it’s possible Houston will extend a qualifying offer this offseason.

If not, the Red Sox should consider swooping in, with Brantley representing a cheaper, left-handed-hitting alternative to Springer. The 33-year-old rarely strikes out and could hold down left field for the Red Sox if they’re comfortable with Andrew Benintendi sliding to center field while Alex Verdugo continues to man right field.

Robbie Grossman, OF
Grossman, a switch-hitter, rebounded nicely from a disappointing first season with the Oakland Athletics to hit .241 with eight home runs, 23 RBIs and an .826 OPS in 51 games in 2020. He owns a solid .350 career on-base percentage and is strong defensively.

Jake Marisnick, OF
Marisnick is known for his defense, which would help offset the loss of Bradley’s nifty glovework in center field. Of course, Marisnick doesn’t have Bradley’s offensive upside, so he’d likely fill more of a part-time role with Boston.

Still, Marisnick is entering just his age-30 season, could come reasonably cheap and is accustomed to playing on the biggest stage, having spent six seasons with Houston from 2014 to 2019.

Jurickson Profar, IF/OF
Profar, once baseball’s top prospect, hasn’t lived up to the hype. He probably never will as he approaches his 28th birthday. But the switch-hitting Curacao native has some pop, evidenced by his back-to-back 20-homer seasons in 2018 and 2019 and his seven bombs in 56 games this year. And he’s capable of playing all over the infield, with his most extensive work coming at second base, as well as some outfield.

Kiké Hernández, IF/OF
Hernandez has been a spark plug for the Los Angeles Dodgers over the past six seasons, providing pop, energy and a flair for the dramatic. He can play all over the place — most Dodgers do, after all — and that type of versatility might appeal to Bloom after this season’s José Peraza experiment didn’t quite work out.

Jonathan Villar, IF
Villar flopped in 2020, first with the Miami Marlins and then with the Toronto Blue Jays. So, he’s basically a total crapshoot who can wow you at times, so long as you’re willing to deal with his shortcomings.

Villar is another versatile defender — see a theme here? — even though he’s not gonna win a Gold Glove anytime soon. The 29-year-old strikes out a lot, but he hit 24 home runs and stole 40 bases with the Baltimore Orioles in 2019. He stole a career-high 62 bases with the Milwaukee Brewers in 2016. Villar lives fast on the diamond, for better or worse.

Cesar Hernandez, IF
Just an all-around solid baseball player. Hernandez signed a one-year, $6.25 million contract with the Cleveland Indians last offseason after spending his first seven years with the Philadelphia Phillies. He rewarded the Tribe with a nice 2020 campaign as the club’s starting second baseman, though he has some past experience at shortstop, third base and in the outfield.

Tommy La Stella, IF
La Stella was a shocking All-Star with the Los Angeles Angels last season when he hit .295 with 16 homers, 44 RBIs and an .832 OPS. It might not have been a fluke, either, as La Stella was good again in 2020, opening the door for the Halos to trade him to the A’s in August.

La Stella can hold his own at second base and third base. He’s a left-handed hitter with a much better track record against righties. 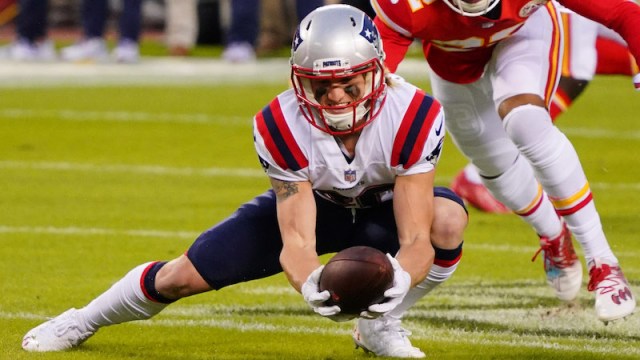 How Patriots’ Gunner Olszewski Improved NFL Awareness In Past Year 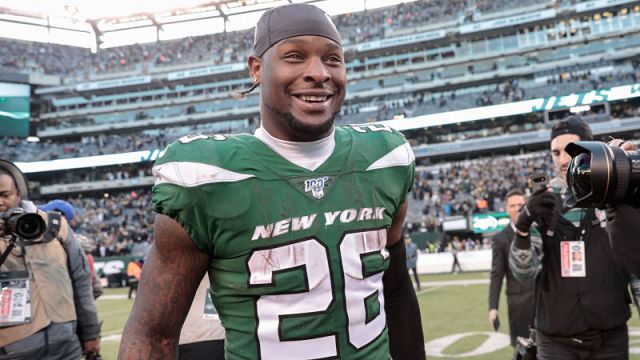