The New England Patriots wound up being buyers — not sellers — at the NFL trade deadline, though they didn’t make any splash additions.

There were no bellyflops or cannonballs. Instead, the Patriots made a small ripple by sending a 2022 conditional sixth-round pick to the Miami Dolphins for wide receiver Isaiah Ford. They also claimed defensive tackle Isaiah Mack off of waivers from the Tennessee Titans.

— Let’s start light. Ford and Mack? I guess you could say the Patriots received a haul. We’ll skip any prophet puns.

— The Patriots held onto cornerback Stephon Gilmore, though he might only stay in New England through the end of the season. Gilmore is due to make a $7 million salary in 2021, which is significantly under market for a cornerback of his caliber. The Patriots will either need to give him a raise, an extension or trade him in the offseason.

— The Patriots also held onto left guard Joe Thuney. If Thuney leaves in free agency this offseason, there’s no guarantee the Patriots will receive a compensatory draft pick. If they’re big spenders in free agency, which they should be with excess cap space, then the signings could cancel out the losses, leaving New England without any comp picks.

— The Patriots filled their two biggest immediate needs at wide receiver and defensive tackle. With N’Keal Harry dealing with a concussion and Julian Edelman on injured reserve with a knee injury, the Patriots were down to Jakobi Meyers, Damiere Byrd, Gunner Olszewski and practice-squadder Isaiah Zuber at wide receiver Week 8 against the Buffalo Bills. The Patriots found out last week that defensive tackle Beau Allen won’t return off of injured reserve. Lawrence Guy also suffered a shoulder injury in Week 8.

— New England needed another player with NFL-level talent at receiver, and that’s Ford. He compares favorably to Meyers. Ford, like Meyers, is a big slot option who can play outside.

— Ford does seem to play a little bit bigger than Meyers, who uses his agility and quickness more.

— If Ford can get on the field by Monday night against the New York Jets, then he could wind up playing a key role as the Patriots’ No. 3 or 4 receiver. He’s known for his smarts, and intelligence is once of the reasons why Meyers has been so productive on a per-snap basis in New England’s offense. Meyers can read a defense and find pockets in zone coverage. Ford should be able to provide the same skill-set.

— The Patriots didn’t swing for the fences by acquiring a receiver like Houston Texans wideout Will Fuller. That’s smart since the Patriots are 2-5, Fuller would have cost a third-round pick and is on the last year of his contract.

— Mack is undersized but has a low center of gravity at 6-foot-1, 299 pounds. He’s still not the prototypical nose tackle the Patriots need in the middle of their defense, but he is now their most athletic player at defensive tackle. He ran a 4.99-second 40-yard dash with a 1.68-second 10-yard split, 7.5-second three-cone drill, 4.67-second short shuttle, 32.5-inch vertical leap and 9-feet, 1-inch broad jump at his pro day last spring.

— The Patriots entered the season with three defensive tackles on their 53-man roster — Lawrence Guy, Byron Cowart and Adam Butler — and Beau Allen on injured reserve. Patriots head coach Bill Belichick said Monday that Allen won’t play this season. The Patriots now have six defensive tackles on their 53-man roster since adding Mack, Carl Davis off of the Jacksonville Jaguars’ practice squad and Nick Thurman off the team’s own practice squad. Expect to see one or two of those players to be moved off of the roster in the coming weeks since that’s excessive depth at the position. Davis was dealing with a concussion as of Friday afternoon. We’ll find out more about Guy’s injury Thursday when the Patriots practice.

— The Patriots didn’t acquire a tight end or linebacker on Tuesday despite additional needs at those positions.

— The Patriots placed rookie tight end Devin Asiasi on injured reserve Tuesday, leaving Ryan Izzo as the only healthy player on the entire roster at that position. Dalton Keene is dealing with a knee injury, and Jake Burt is on practice squad injured reserve. Fullback Jakob Johnson practices with tight ends but has spent 90.6 percent of his offensive snaps in the backfield this season, per PFF. Keene was a game-time decision Sunday, so maybe the Patriots know he’ll be healthy soon. The fact that the Patriots don’t even have a healthy tight end on their practice squad is … something.

— Patriots linebacker Ja’Whaun Bentley’s status isn’t known after leaving Sunday’s game with a groin injury. Rookies Josh Uche, Anfernee Jennings and Cassh Maluia are the only healthy inside linebackers on the Patriots’ 53-man roster. They also have Terez Hall and rookie Michael Pinckney on the practice squad. 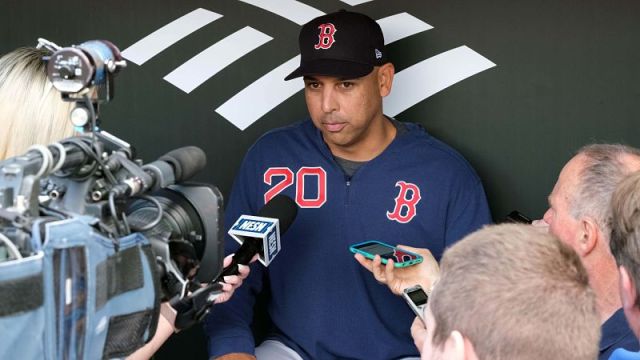 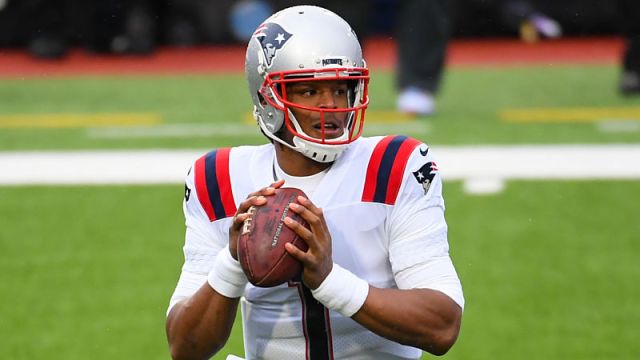