Lamar Jackson sure knows how to put on a show.

The Baltimore Ravens quarterback helped break a 14-14 tie with the Cleveland Browns just before halftime on an impressive scoring drive during “Monday Night Football.”

Jackson also was the butt of some Twitter jokes when he left the game due to cramps.

Things started looking grim for Baltimore, though, as Cleveland took a 35-34 lead and the Ravens were forced to use Trace McSorley after Jackson’s departure. McSorley went down with what appeared to be a non-contact knee injury.

But then Jackson made his triumphant return as he came running from the locker room, put on his helmet and tossed a touchdown for a Ravens lead. 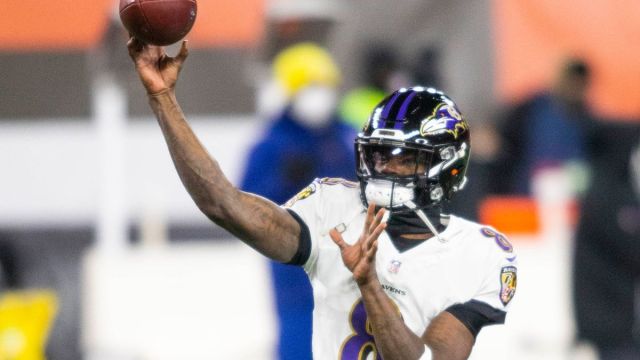 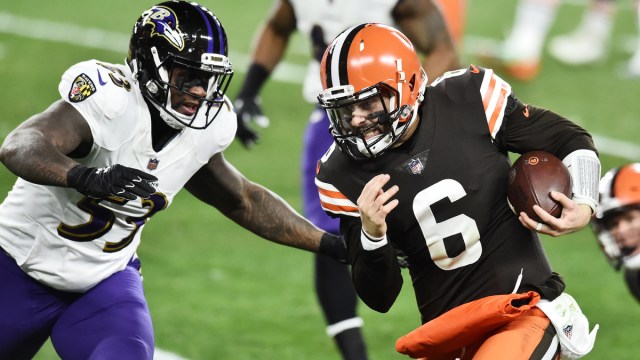