Despite playing on the other side of the country, the New England Patriots were able to enjoy some home comforts after Sunday’s 45-0 win over the Los Angeles Chargers.

With a matchup against the Los Angeles Rams set for Thursday night at SoFi Stadium, the Patriots opted to stay in L.A. between games. That meant Sunday’s postgame travel consisted of just a short bus ride to the hotel, not a six-hour flight back to Providence.

“Being able to play the game and then come back to the hotel, watch the film, players are resting, no travel involved and all that, it?s almost like having a home game,” Patriots coach Bill Belichick said Monday in a video conference from the team hotel. “Those are good things.

“It?s a short week here. It?s a real scramble for the Rams. But to not have to have any extra travel and all that, it?s a big advantage for us in terms of trying to get ready for the week. That?s part of why we stayed out here.”

The Patriots also chose to fly out a day earlier than usual, arriving in Southern California last Friday. They’ll stay and practice at UCLA this week as they prepare to take on the Rams.

“You?ve got to make the trip one way or another,” Belichick said, “but Saturday was a day to relax and not travel the day before the game, and the night of the game and the day after the game are much better opportunities to recover and get ready and eliminate the travel.

“So I?m glad we?re doing it, and hopefully it?ll help us this week.”

In an unusual twist, the Patriots actually arrived back at their temporary home base while their Week 14 hosts, the Rams, were still in transit. Sean McVay’s squad played in Arizona on Sunday, beating the Cardinals 38-28 to improve to 8-4 on the season.

Belichick has planned weeklong retreats like this in the past, housing the team in San Diego between games against the Green Bay Packers and Chargers in 2014 and setting up shop at the Air Force Academy in Colorado Springs between 2017 trips to Denver and Mexico City.

Players pointed to those previous weeks as important team-bonding experiences. Fostering camaraderie will be more difficult this time around given the strict COVID-19 guidelines put in place by the NFL and Los Angeles County.

L.A. currently is under a stay-at-home order with coronavirus cases rising.

“The restrictions that we?re under, we?re under,” Belichick said. “We?ve been dealing with that pretty much all year, so it?s not new for this year. But relative to the other trips (in years past), of course it?s different. There?s less opportunity to interact and do things. We?ve done things as a team at times, and that?s really not an option in this week.”

Despite the restrictions, Belichick still hopes this weeklong roadie will help boost team chemistry. That chemistry has been strong of late, with the Patriots winning each of their last two games and four of their last five, including three wins as underdogs.

“We spend a lot of time with each other anyway, but there?s nothing else to do out here except be in a hotel and get ready to play the Rams,” Belichick said. “So I think it probably enhances our opportunities to interact, although the environment puts some limitations on those. But this is a team that has a lot of good leadership. Guys work together well, and hopefully that will be the case.? 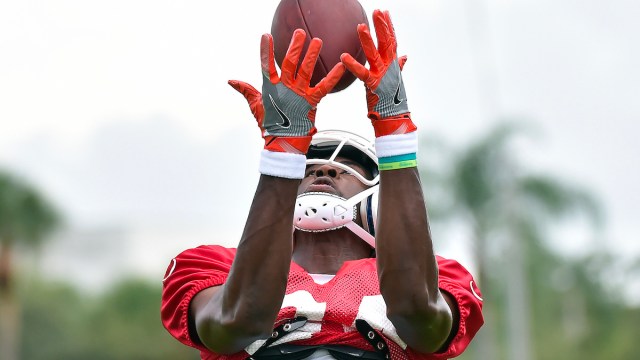 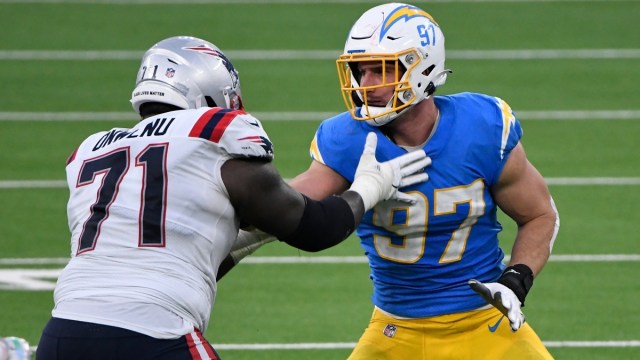 Chargers’ Joey Bosa Had Predictable Reaction To Blowout Vs. Patriots