The NFC East crowned a surprising new champion for the 2020 season.

It wasn’t the reigning division champion Philadelphia Eagles, nor was it the Dallas Cowboys, who entered the campaign with some Super Bowl buzz. Instead it was the Washington Football Team, who overcame plenty of adversity en route to the NFC’s fourth seed.

Washington, under first-year head coach Ron Rivera, changed starting quarterbacks not once, not twice, but three times over the course of the regular season. The team’s Week 1 starting signal-caller isn’t even on the team anymore. WFT’s current starter, meanwhile, is just over two years removed from sustaining one of the worst injuries the NFL ever has seen.

But alas, Washington will be playing football Wild Card weekend. Let’s evaluate the club’s chances of winning the Lombardi Trophy in February.

Can Win Super Bowl
Many were expecting Washington to be one of the NFL’s worst teams this season.

Washington boasts one of the best defensive units in the entire 14-team playoff field. It finished the regular season ranked fourth in points allowed per game and second in total yards allowed per game. WFT held the opposition to 20 points or less in 11 of 16 games, including teams with formidable offenses like the Pittsburgh Steelers and Seattle Seahawks.

The Football Team also racked up the sixth-most sacks during the regular season, and it will need to continue to get after the quarterback with regularity if it wants to make a deep playoff run.

As for the offense, Washington is in good hands with Alex Smith. Smith, of course, has his limitations, but he’s a savvy veteran who typically limits mistakes. He also has a fair amount of postseason experience, which should bode well for a team littered with younger players. Smith has a sneaky-strong group to work with, highlighted by rookie running back Antonio Gibson, quarterback-turned-tight end Lance Thomas and budding superstar wide receiver Terry McLaurin.

Can’t Win Super Bowl
Even if Washington’s defense plays at an otherworldly level, it still might not be enough to mask the team’s weak offense.

Washington lost every game in which it allowed 20-plus points this season. Rivera’s team also was limited to 20 points or less in 10 of 16 regular-season games. Looking at the NFC field, Washington probably won’t be able to get by with defensive slugfests. Good luck trying to keep the New Orleans Saints and Green Bay Packers at bay.

The Football Team also will face an awfully tough challenge out of the gate Saturday when they host the Buccaneers. Tampa Bay is absolutely rolling entering the playoffs, and it seems as though Tom Brady finally has figured out the best way to utilize all of his weapons. TB12 might be playing with added motivation at FedEx field, too. Washington has stud rookie Chase Young to thank for that. 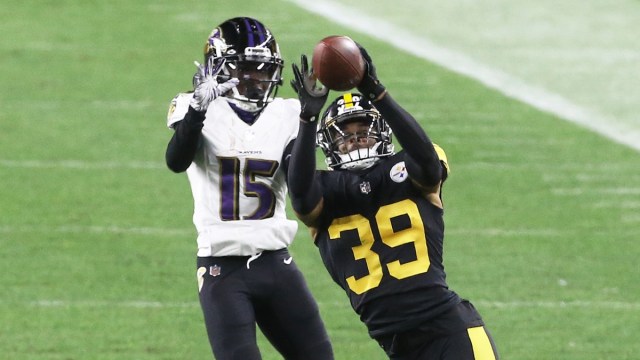