Tom Brady might have experienced déjà vu Sunday night via more ways than one.

Brady’s Buccaneers took down the New Orleans Saints in a game that mirrored so many of the quarterback’s memorable victories with the New England Patriots. But on a much lighter note, TB12 was left hanging after going for a high five … again.

The Bucs signal-caller tried to high five a referee after his 1-yard touchdown sneak gave Tampa Bay a two-score lead over New Orleans at Mercedes-Benz Superdome. But the official didn’t return the favor, and Brady awkwardly stood with his hand up for a few moments before making his way to the sideline.

Knowing full-well how the sequence was received on the Internet, Brady fired off a pretty funny tweet Monday morning.

Brady likely received plenty of high fives in the locker room after leading the Bucs to their first NFC Championship Game since the 2002 season.

Tampa Bay will visit Lambeau Field on Sunday for a date with Aaron Rodgers and the Green Bay Packers. 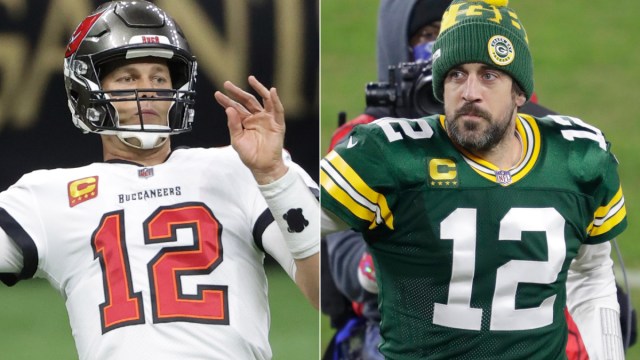