2020 SEASON REVIEW
Despite losing their top-choice right tackle (Cannon) to a COVID-19 opt-out, getting just 10 games out of their No. 1 left tackle (Wynn) and cycling through eight starting combinations in 16 games, the Patriots managed to boast one of the NFL’s most effective O-lines.

New England ranked fourth in Pro Football Focus’s season-ending offensive line rankings and had the highest WAR of any O-line, per PFF.

A big reason for that was Onwenu’s remarkable breakout. The sixth-round draft pick surprised even the Patriots with his versatility, starting games at right tackle and both guard spots after playing almost exclusively right guard at Michigan.

The 350-pound mauler started all 16 games, trailed only Thuney in offensive snaps played, was voted to the PFWA All-Rookie Team and will be a locked-in starter in 2021. The only question is at which position (likely either right tackle or left guard).

Onwenu, Thuney, Mason and Wynn all ranked 11th or better in PFF’s positional grades, and Andrews was a borderline Pro Bowler after missing the entire 2019 season with blood clots. Even Herron, another sixth-round rookie, showed promise in his five starts.

It wasn’t all positive, though. The Patriots ranked 27th in sacks allowed per pass attempt and endured one of their worst pass-production performances in a must-win game, surrendering six sacks in a December loss to the Los Angeles Rams.

Wynn also can’t seem to stay on the field. He’s missed 33 of a possible 52 games since the Patriots drafted him in the first round in 2018. This season, he played through calf and ankle ailments before suffering an ankle injury in Week 11 that sidelined him for the final six games.

When healthy, Wynn is an above-average left tackle. But it’s difficult to rely on a player who has yet to play more than 10 games in any of his three pro seasons.

TOP OFFSEASON STORYLINES
1. Will Thuney and/or Andrews return? Many expected Thuney to leave in free agency last season. Instead, the Patriots franchised him, locking him up on a one-year deal that paid him $14.8 million. Franchising Thuney for a second straight year would cost $17.7 million. That’s highly unlikely, and since Thuney, who’s never missed a game in his NFL career, will be arguably the top guard available, there’s a strong chance he’ll be out of New England’s price range.

Andrews signed a team-friendly three-year, $9 million deal in 2017. He’ll be much pricier to retain this time around but could be open to a hometown discount. Keeping the anchor of their offensive line in the fold should be a priority for the Patriots.

2. Will Cannon be back? Devin McCourty said all eight Patriots opt-outs are expected back this offseason, but Cannon is an interesting case. He’ll be 33 this offseason, declined in 2019 and is set to carry a $9.6 million cap hit, $7.1 million of which the Patriots can wipe from their books by releasing him.

Losing both Thuney and Cannon would tax New England’s depth, though, as Onwenu can only fill one of those spots. It’s unclear whether the team believes Herron is ready to take on full-time starting duties.

Cajuste, who hasn’t played a snap since being drafted in the third round in 2019, seems like a lost cause at this point.

3. Will the Patriots use a high draft pick on a tackle? We wouldn’t be surprised. While not their most pressing need, the Patriots do have legitimate question marks at the position given Wynn’s injury history and the uncertainty surrounding Cannon.

Virginia Tech’s Christian Darrisaw has been mentioned as a potential target at No. 15 overall. Other early-round prospects to know include Alabama’s Alex Leatherwood, Notre Dame’s Liam Eichenberg and North Dakota State’s Dillon Radunz. 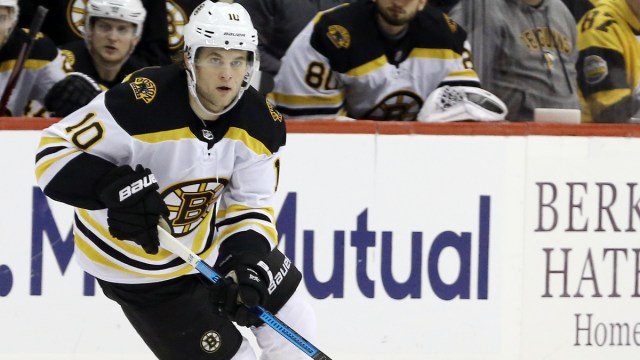 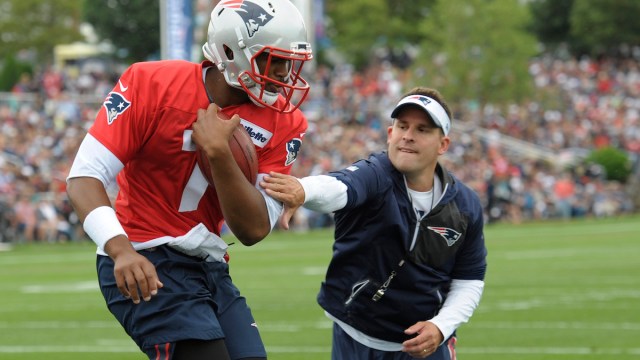