TOP PERFORMER
The lone bright spot in New England’s miserable 2020 passing attack, Meyers went from a player buried on the depth chart at the beginning of the season to one of the NFL’s most productive receivers by the end of it.

After playing just 22 snaps and catching one pass over the Patriots’ first six games, Meyers replaced a concussed Harry in Week 7 and provided an instant spark. Over the final 11 weeks of the regular season, the 2019 undrafted free agent ranked 15th among all NFL wideouts in both receptions (58) and receiving yards (722) and eighth among receivers with 50-plus targets in yards per route run (2.30). He also threw two touchdown passes.

Meyers’ marquee performance was a 12-catch, 169-yard bonanza in a last-second Week 9 win over the New York Jets.

Over those final 11 weeks, Meyers tallied nearly as many receiving yards as every other Patriots wideout and tight end combined (794). While not the true No. 1 receiver New England needs, the smart, versatile 24-year-old should continue to play an important role in 2021.

“I’ve proved that, yeah, I can make plays in the NFL,” Meyers said in December. “But at the same time, the ceiling is much higher than what I thought, or I’m sure a lot of people thought it was for me.”

Olszewski didn’t have much of an impact on offense (five catches, 62 yards, one touchdown) but was a first-team All-Pro as a punt returner, setting a new franchise record for punt-return average.

NEEDS IMPROVEMENT
Things simply have not worked out for Harry. Some stats:

— Through two seasons, the 2019 first-round draft pick has managed just 45 receptions on 81 targets for 414 yards and four touchdowns. His 5.11 career yards-per-target average ranks last in his draft class. His 9.2 yards-per-catch mark is second-worst.

— In 22 career appearances — including 14 this season — Harry has tallied more than five catches just once and topped 50 receiving yards just once (eight catches, 72 yards in a Week 2 loss in Seattle).

Harry was unable to reclaim his starting spot from Meyers after his midseason concussion and, despite his first-round pedigree, won’t be a lock to make the Patriots’ roster this summer.

A lack of development from Harry undoubtedly hindered the Patriots’ often-stagnant offense. So did the knee injury that ultimately ended Edelman’s season in October.

One year after catching 100 passes from Tom Brady and topping 1,000 yards for the third time, Edelman appeared in just six games and was his usual productive self in just one of them, with 179 of his 315 receiving yards coming in the Week 2 Seattle loss.

Byrd, signed for a modest $1.6 million last offseason, posted career-best numbers (47-604-1) but was miscast as a No. 1 receiver. He also was plagued by drops late in the season.

TOP OFFSEASON STORYLINES
1. How big will the Patriots swing in free agency? Wide receiver is one of the most glaring offseason needs for Bill Belichick’s club. Fortunately for New England, this is a good year to be in the market for wideouts. Close to a dozen starting-caliber receivers are set to hit free agency in March, and more could become available as cap-strapped teams cut ties with pricey veterans.

The Patriots traditionally have not shelled out big money for wide receivers, which would be necessary to land a player like Robinson, Godwin or Golladay. But with around $60 million in projected salary cap space — fourth-most in the NFL — will they stray from their usual strategy as they look to rebuild one of the NFL’s weakest receiving corps? Or will they continue to prioritize more affordable mid-tier veterans?

An important step in recruiting receivers to New England will be determining who the Patriots’ 2021 quarterback will be, which at this point is anyone’s guess.

2. How about the draft? The Patriots also needed receiver help last offseason, but they ignored the position in the 2020 NFL Draft despite it boasting an unusually deep pool of wideout prospects. This year’s crop of receivers is strong, as well, with several draft analysts mentioning Alabama’s Jaylen Waddle as a potential Patriots target at No. 15 overall.

If Waddle is gone by then (a strong possibility) or New England opts to address a different need with its top pick (ditto), there should be plenty of intriguing options available on Days 2 and 3.

3. What happens with Edelman? Edelman turns 35 in May and is coming off knee surgery. He hasn’t given any indication that he’s considering retirement, but the Patriots will need to decide whether he’s worth the $6.1 million cap number he’s set to carry this season. Releasing the franchise icon would free up $3.4 million in cap space while leaving behind $2.7 million in dead money.

If Edelman stays put and heals up, he’s unlikely to see 100-plus targets like he did during Brady’s tenure, assuming the Patriots make the requisite moves to improve this position group. NESN’s Doug Kyed has advocated for shifting Edelman into a Danny Amendola-esque role as a depth receiver who plays in key passing situations. 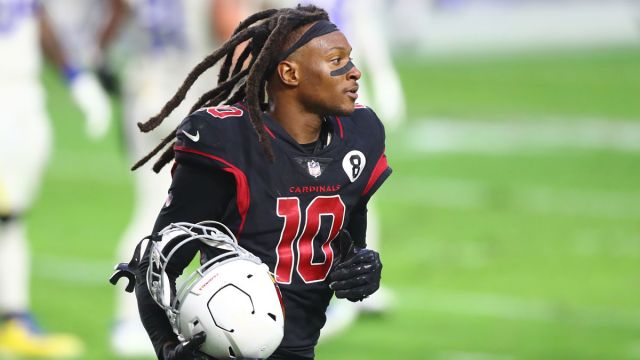 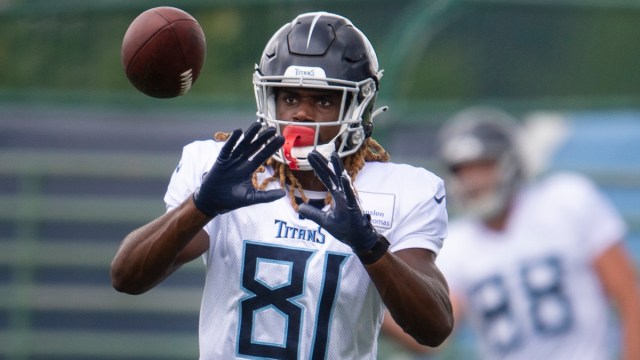