Red Sox Preview: Five Reasons To Be Excited About Boston In 2021 Skip to content

The Red Sox were tough to watch last season. There’s no way around it.

And while it would be disingenuous — but not crazy — to say Boston is a World Series contender in 2021, the reality is that fans should be far more excited about the Red Sox today than they were last September.

Sure, you still should have reservations about this team, which remains a work in progress. Fangraphs currently projects Boston to win 85 games this year. But when the Red Sox take the field Thursday at Fenway Park, you should feel optimistic.

Here are five reasons to be excited about the Red Sox in 2021:

They’re better
That statement in and of itself doesn’t say much. Simply being bad would be an improvement over what Boston was last season.

But the Red Sox across the board are far better now than they were then, and that improvement will be evident as the season progresses.

The offense was decent last year but should be even better this season. Enrique Hernandez has been red-hot since the start of spring training and should be an improvement upon everything the Red Sox saw at second base last year. We’ll see how the Franchy Cordero experiment shakes out, but he, Marwin Gonzalez and Hunter Renfroe are capable of offering strong corner outfield production. Returns to form — to some degree, at least — for Rafael Devers and J.D. Martinez should help, too.

The starting pitching and bullpen are deeper and more talented than they were last year. It’s not even close. As a whole, the Red Sox enter the 2021 campaign with far more depth than they finished with in 2020.

And then there’s coaching. Alex Cora has much to prove in 2021, but there’s a chance his return to the bench is a difference-maker for this team.

Lastly, Boston’s baseball operations, led by Chaim Bloom, is starting to execute its long-term strategy with more confidence and more ammunition at its disposal.

Prospects
The Red Sox farm system bottomed out a few years ago, but its in the midst of a resurgence.

Bloom and Co. have a long way to go before Boston’s prospect pool ranks among the best in baseball. But multiple players have emerged over the last two years help fuel hope that future franchise cornerstones are in the pipeline.

Jarren Duran, Jeter Downs and Triston Casas might be stars in the making, but they’re not the only ones. NESN.com’s Dakota Randall and Ricky Doyle recently profiled those three players, and seven others, in their Red Sox prospects series.

You can click here to learn all about the most noteworthy prospects rising through Boston’s farm system.

Oh, and the Red Sox own the No. 4 pick in this summer’s Major League Baseball Draft. Let’s see what they do.

Cora’s return
Many fans and baseball writers will tell you the role of a manager in today’s game is greatly reduced from what was even five years ago. They’ll cite Kevin Cash’s World Series gaffe as evidence that in-game decisions now are predetermined and that it’s all an algorithm or something.

Honestly, they’re right. And there definitely is some of that going on with the Red Sox.

All that said, Cora’s return could be huge for this team. There’s no denying his players play for him, and that he had a hand in so many players taking their careers to new heights in 2018 and 2019. That’s not to say Ron Roenicke lost the clubhouse or was a bad manager; rather, Cora’s sudden departure last year clearly left a mark and played a role in many disappointments, including Devers’s regression at third base.

Is Cora a cure-all? No. No manager is. But he might be the difference between this team missing out on the playoffs or playing baseball in October.

Potential for big deals
One of the primary benefits of building a deep, talent-rich farm system is to enable yourself to make major in- and offseason trades without sacrificing blue-chip prospects. It’s how the San Diego Padres have built a potential juggernaut while retaining two of the top prospects in baseball.

The Red Sox aren’t what the Padres were a couple years ago. They have a long way to go. But, if they draft well, continue acquiring talent via savvy trades and see increasing returns from prospects currently in the system, they’ll close the gap in the near future.

But forget about next year. Right now, the Red Sox are better positioned to make a blockbuster midseason trade than they were last year. Obviously, what kind of deal they make will be contingent on whether they are buyers or sellers at the deadline.

The rising tide raises all ships. The aforementioned across-the-board improvements the Red Sox have made should enable them to be more aggressive in their roster building.

Fans!
No sport suffered more greatly from the absence of fans than baseball did last summer. It just never felt right, no matter the teams playing.

But fans will be in the stands Thursday, albeit in a limited capacity. Sure, we’ll have to wait a little while longer to hear a sold-out Fenway erupt after a game-winning hit, but we can be patient.

The Red Sox this week — and throughout the summer — should look, sound and feel more like Red Sox teams that fans are used to.

What 49ers’ Reported Interest In Mac Jones Means For Patriots 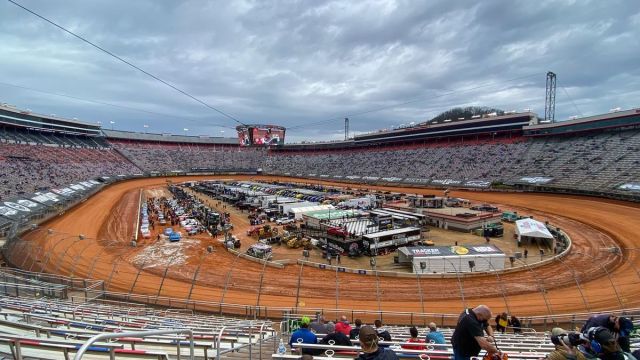