The Boston Bruins are winners of six straight.

The Bruins defeated the Buffalo Sabres on Thursday night 5-1 at KeyBank Center.

Brad Marchand, Matt Grzelcyk, David Pastrnak and Nick Ritchie and David Krejci had the goals for the Bruins, while Arttu Ruotsalainen scored for the Sabres.

MARCHAND DOES IT AGAIN
It looked as if the Bruins would be down another defenseman early in the first when Charlie McAvoy blocked a shot and was in obvious pain for several minutes. He needed help off the ice and down the tunnel, but did return before the period came to a close.

Marchand, as he did Tuesday night, opened the scoring to his 25th goal of the season thanks to Mike Reilly.

Reilly, to the surprise of no one, saw an open shooting lane and made the shot on net. Marchand gobbled up the rebound and wristed it by Dustin Tokarski for the 1-0 edge.

The Bruins led by one after 20 and outshot the Sabres by a large 14-7 margin.

UP BY ONE
Old friend Anders Bjork played a role in helping the Sabres tie the game 5:27 into the middle period after Sean Kuraly was unable to clear. Bjork then fed Ruotsalainen who finished off the pass with a one-timer that beat Swayman.

Grzelcyk broke the tie with a laser shot from the point to give the Bruins a 2-1 lead.

Despite being unable to stay out of the penalty box, the Bruins led 2-1 after 40 minutes. They continued to outshoot the Sabres, 26-21.

MAKE IT SIX STRAIGHT WINS
Pastrnak provided some insurance for the Bruins when he danced around Rasmus Dahlin with a nice self-pass and laser shot to make it 3-1.

Ritchie made it a three-goal game with a short-side tally.

Krejci added one more for good measure with his fourth goal since the NHL trade deadline on a juicy rebound.

Swayman made some key saves to help keep the Sabres to a goal before the final horn sounded to seal the Bruins’ sixth consecutive win.

UP NEXT
The Bruins complete their three-game series against Buffalo on Friday night. Puck drop is set for 7 p.m. ET. 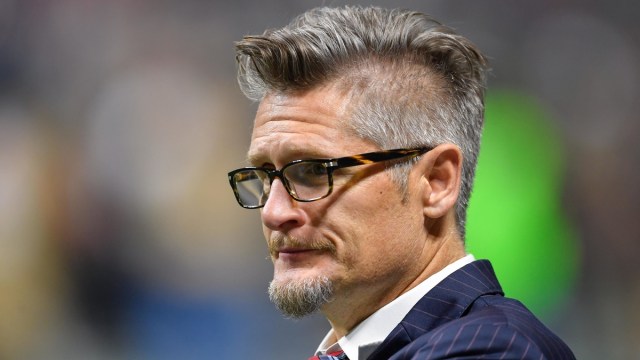 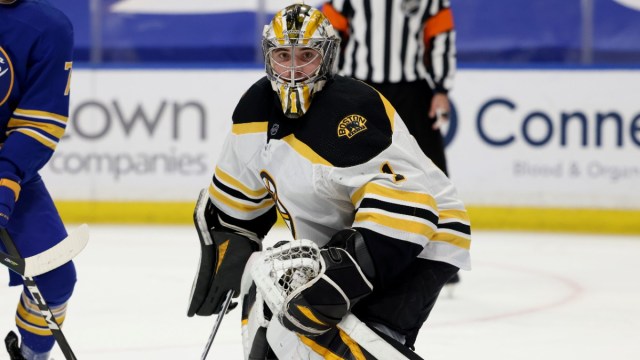