The NBA reportedly is planning ahead for the aftermath of the Derek Chauvin trial.

Closing arguments are expected to be made Monday in the case involving the former Minneapolis police officer and the death of George Floyd. Chauvin is facing second-degree murder, third-degree murder and second-degree manslaughter for the May 2020 incident during which he knelt on Floyd’s neck for over nine minutes.

Now, the NBA has asked teams to remain cautious about the impact of a possible verdict, per ESPN’s Adrian Wojnarowski.

“The looming specter of possible protests, civil unrest and team reactions in the aftermath of a verdict has the league office preparing for the prospect that a night or two of league games could be postponed this week, sources said,” Woj reported Sunday.

The Minnesota Timberwolves’ game against the Brooklyn Nets was postponed Monday night in wake of the Daunte Wright shooting in Brooklyn Park, Minn. Several games were postponed last summer after the Jacob Blake shooting in Kenosha, Wisc., as well. 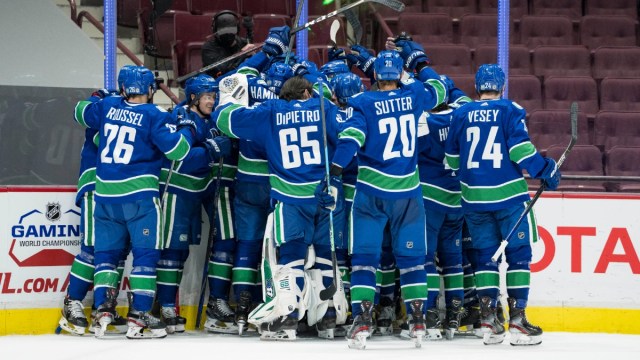