For as good as he started the season, Eduardo Rodriguez has dropped his last two starts on the mound for the Boston Red Sox.

And while in the left-hander gave up four runs in both of those losses, the 8-0 loss to the Toronto Blue Jays looked much different for him.

“Command is not where he usually is, and that’s something that he needs regardless of of his stuff, if he’s throwing hard or his velocity is down,” Red Sox manager Alex Cora said of the Red Sox ace following the loss.

“He’s been able to elevate the last two starts, but there’s been a lot of contact. I think teams are doing a good job staying with him and going the other way, so we’ll go back to the drawing board and see what we can do.”

After Tuesday, Rodriguez’s ERA increased to 4.70, which is the highest among Boston’s starting rotation.

His month of May is responsible for that, as he’s given up 33 hits in 21 innings during his four starts, with an ERA of 6.00 for the month.

Rodriguez wasn’t happy with his performance, but the good news is it had nothing to do with his health.

“I was feeling really good today,” Rodriguez said after the game. “It was one of those days where I was feeling good in the bullpen and I thought I was going to go out there and get that result today but I mean, it happens. You know, that happens a lot, so you just gotta go back and work and get ready for the next one.”

Here are some more notes from Red Sox-Blue Jays.

— Not to harp on the pitching, but between the starting pitching and the bullpen, Rodriguez and reliever Matt Andriese gave up a collective 18 hits.

They were the most runs the staff has given up in a game so far this year, but also were the most hits the Toronto lineup recorded. So maybe the Blue Jays were just on one Tuesday?

“It just felt like they kept putting up good at-bats, everything with two outs, we weren’t able to stop the bleeding, you know?” Cora said. “There was a lot of ground balls, a lot of, I don’t want to say luck, but it seems like everything they put in play, it was a hit.”

— The win helped the second-place Blue Jays gain some ground on the Red Sox in the American League East standings, with Toronto now just a half game back.

— At least the Worcester Red Sox weren’t held scoreless Tuesday. Boston’s Triple-A affiliate benefitted from a great day from the club’s prospects, with Jarren Duran and Danny Santana each going yard for the WooSox.

— The Red Sox still can win the important series against Toronto with two more games Wednesday and Thursday. After a good night’s sleep, they’ll be back at it at 7:37 p.m. ET. 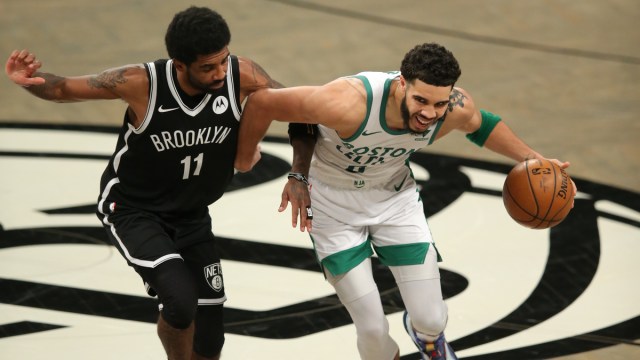 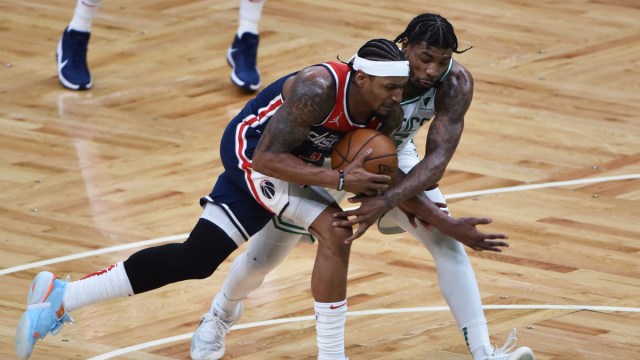