If so, you probably remember a number of former Celtics like Kevin Garnett, Glen “Big Baby” Davis and others speaking out against Irving’s antics. Some like Kendrick Perkins, though, didn’t have much of a problem with the point guard giving Lucky, the Leprechaun at center court, both literally and figuratively a black eye.

Current players on the Celtics seemed to be among those who didn’t mind. At least that’s how it could be interpreted based on the fact Irving never met any criticism from Boston players immediately following the incident. Jayson Tatum, specifically, said he didn’t know about it despite talking to reporters about 45 minutes after it spread like wildfire on social media. Many of those same players would offer Irving hugs and well-wishes just a few nights later when the Nets eliminated the C’s in Game 5, too.

The organization, it seems, had a problem with that. The Athletic’s Jared Weiss, in a lengthy piece detailing dysfunction within the 2020-21 Celtics published Saturday, depicted just that.

Despite the continuity in leadership, several team sources suggest the Celtics? culture of competition is eroding — with more than one source pointing to the players? perceived indifference toward Kyrie Irving stomping on the Celtics logo after the final home game of the season as a red flag they did not exhibit the same sense of pride in the organization that has been the Celtics? calling card in years past.

Opinions on the logo stomp clearly have varied since it took place, but it’s not crazy to imagine those representing a prideful organization had a problem with it. 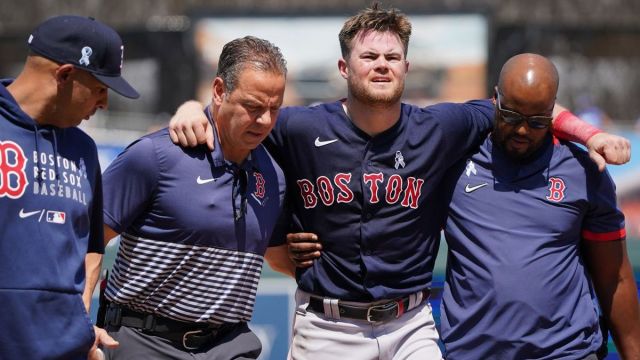 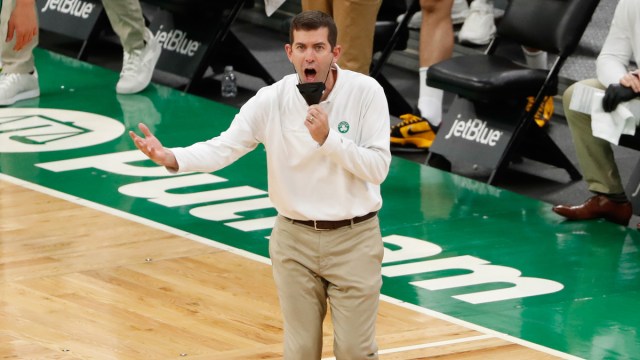