The New England Patriots’ quarterback situation is one of the top stories to watch entering training camp not just locally, but also league-wide.

Cam Newton is back for another season on an incentive-laden deal after a bumpy first campaign in Foxboro. Mac Jones is the exciting prospect, who the Pats used a first-round pick on in the 2021 draft. Newton has far more experience and is a more proven commodity, but at this point, the ceiling on Jones is way higher, he looked good during minicamp and OTAs and is obviously at the front of the Pats’ long-term vision for the position.

With all of that in mind, a comment from an unnamed Patriots player to NFL Media’s Mike Giardi should raise some antennas.

“It’s not just the physical that stands out,” Giardi wrote. “The Pats have thrown everything at Jones, and his grasp of a playbook that’s over 20 years in the making has been impressive. As one offensive teammate told me, ‘Mac sees the game the way (offensive coordinator) Josh (McDaniels) sees it.'”

That is a fascinating remark for a number of reasons. Chief among them is that McDaniels clearly got comfortable building an offensive system centered around Tom Brady. When Newton took over under center, the fit was awkward, especially when McDaniels kept insisting on having Newton pass the ball.

If Jones really is grasping the playbook well and is on the same wavelength as McDaniels, that obviously would make it tougher for Newton to be the Week 1 starter. That said, a lot of intelligent people seem to think that it will be Newton starting when the Patriots’ season begins.

Ultimately, the Patriots could find themselves in a win-win position. If Jones wins the job, Newton would be one of the best backups in the NFL. If Newton wins the job, he should be more-than-serviceable with weapons around him, and Jones can learn by watching instead of being thrown to the wolves. 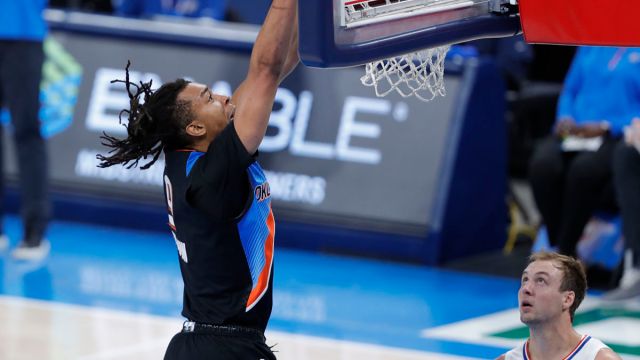 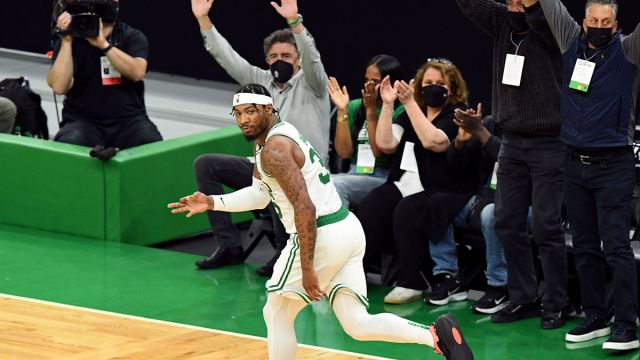 Is Marcus Smart ‘Foundational Piece’ For Celtics? His New Coach Thinks So