Patriots receiver N’Keal Harry appears to want out of New England, and it feels like it would benefit both parties to go their separate ways.

Harry, a 2019 first-round pick who largely has underperformed through his first two seasons, publicly requested a trade through his agent Tuesday. One NFL executive estimated Thursday that Harry’s trade value could be a conditional sixth-rounder, according to ESPN’s Jeremy Fowler.

It’s certainly not a return the Patriots will be eager to jump at given the fact New England spent a first-round pick on the Arizona State product only to get 21 career games (14 starts). But whether the Patriots release or trade him, it’s hard to envision the 23-year-old wideout returning to Gillette Stadium.

And if he doesn’t, here are some teams who could make sense:

Arizona Cardinals
Arizona reportedly was infatuated with Harry during the pre-draft process before the Patriots selected him No. 32 overall, one selection before the Cardinals were back on the clock in the second round. And while the Cardinals have a wide receiver room including DeAndre Hopkins and AJ Green, taking a run at a low-cost player like Harry could make some sense. Oh yeah, and bonus points to the Patriots if they’re able to flip Harry for UMass product Andy Isabella, who was selected in the second-round during the same draft and has just about the same trade value as Harry himself. Isabella would be far more interesting of a return than a sixth-round pick.

Baltimore Ravens
The Ravens brought in Dez Bryant to provide quarterback Lamar Jackson a big-bodied wideout not long ago. Harry provides a similar skillset based on his physicality, although not coming close to Bryant’s production or talent level during his prime. Baltimore drafted a big-bodied receiver in Rashod Bateman while signing Sammy Watkins in free agency this offseason. So while the Ravens have addressed a position of need, Baltimore’s depth still isn’t much to write home about after those two and speedster Marquise Brown. (Baltimore is the only team listed without a sixth-round pick in 2022, but with a fifth- and a seventh-rounder in 2022 and sixth in 2023, there are ways to make it happen.)

Washington Football Team
Harry has already been linked to Washington this offseason, according to ESPN’s John Keim. Washington was “monitoring (Harry’s) situation” back in May. The Football Team has a No. 1 wideout in Terry McLaurin and added Curtis Samuel in free agency, but Harry could come in and compete for a No. 3 receiver role. His skillset also presents a different complement to the speed and shiftiness of McLaurin and Samuel.

Atlanta Falcons
The Falcons have a No. 2 receiver position to fill after the trade of Julio Jones earlier this offseason. Atlanta’s No. 1 wideout Calvin Ridley and No. 1A pass-catching option of rookie Kyle Pitts will each receive their fair share of targets, but if Harry is released this is one spot in which could be enticing to the player. After all, Harry could come in and even compete for a spot in two-receiver sets. That’s not the same everywhere.

Detroit Lions
The Lions lost their true No. 1 receiver Kenny Golladay and last year’s leading wideout Marvin Jones after both signed elsewhere in free agency. Essentially, Detroit has a lot of questions at the position. And while Harry definitely should not be looked to as the saving grace, perhaps he would provide a boost to a depth chart which doesn’t feature a true No. 1 (or even No. 2?)

Houston Texans
General manager Nick Caserio and the Texans already have traded for one Patriot (Marcus Cannon) and signed a pair of others (Derek Rivers, Terrence Brooks), so would adding another really be that surprising? Will Fuller left Houston in free agency and with Brandin Cooks, Randall Cobb and Keke Coutee all measuring under 6-feet, the Texans don’t have much size at the position. 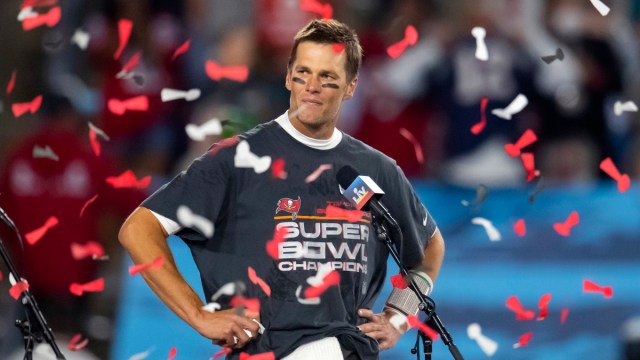 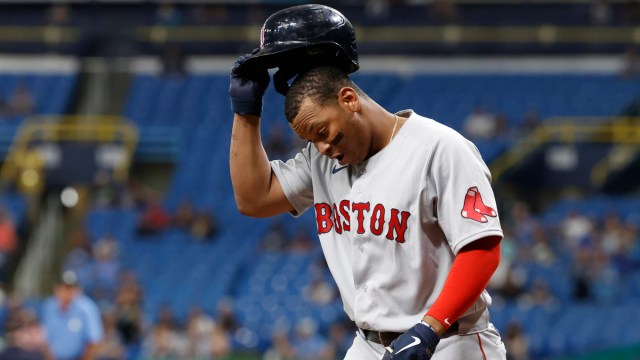 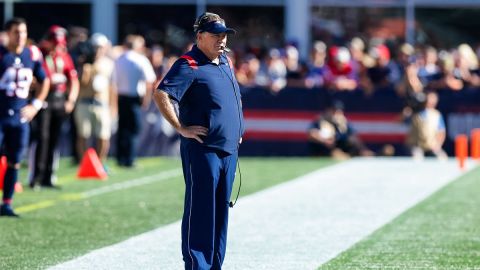