There was no denying the Red Sox offense was struggling, and for Alex Cora, enough became enough in the middle of Boston’s lopsided loss to New York on Sunday evening.

“In the middle of the game yesterday I wrote it down,” the Red Sox manager said of the batting order he rolled out the next night after after a win over the Toronto Blue Jays.

That shakeup of the lineup led to a 13-4 victory Monday.

Between J.D Martinez and Rafael Devers, leadoff hitter Kiké Hernández and No. 2 Jarren Duran, they compiled four runs, six RBIs and a walk. Martinez was 4-for-4 with two runs and a walk batting fifth. And toward the bottom half of the lineup, Alex Verdugo worked three walks and two runs.

“We haven’t been great offensively since since we went to Oakland,” Cora said over Zoom after the game. “I just felt like moving people around probably relaxed a few guys. And I think the key also is getting J.D. those two guys in front of him. You know, he’s an RBI machine, and it’s just happens that he’s been doing a good job throughout the season. But I felt like it was time to go with Xander, Raffy and J.D. in that order and obviously just giving the kid a chance to hit at the top of the lineup and see what happens.

“They made me look good, I guess.”

Here are some other notes from Boston’s win over Toronto in Buffalo:

— Boston did give the kid, Duran, a chance to hit. It resulted in his first Major League home run.

That got the Red Sox going on a perpetual highlight reel of a game.

Among the many homers hit Monday was Hernández’s second of the night, was good for the 500th hit of his career. His first one, along with Duran and Renfroe’s in the first inning, helped make Red Sox history.

— There was a hairy inning for Nick Pivetta, though he threw two outs into the seventh inning.

Pivetta scattered 11 hits, two walks and four earned runs, throwing 108 pitches in a win with four strikeouts. The bottom of the fourth was a bit of a mess, though, and Toronto scored all four of its runs that frame.

Other than that? Smooth sailing.

“It’s a very aggressive team, but Nick did a good job the first few innings,” Cora said. “We’re up big but you know there’s no margin for error against them and in this ballpark. So I think it was more about them than anything else. And then he adjusted again and he was able to finish.”

— Go Orioles. Baltimore beat Tampa Bay on Monday night, 6-1, adding a game of separation between the Red Sox and Rays.

“We’re in the first place in the American League East and everybody knows how good we are,” Cora said. “So we have to show up every day, every single day. And we’ve done a great job throughout the season. But it felt like there was an it factor today.” 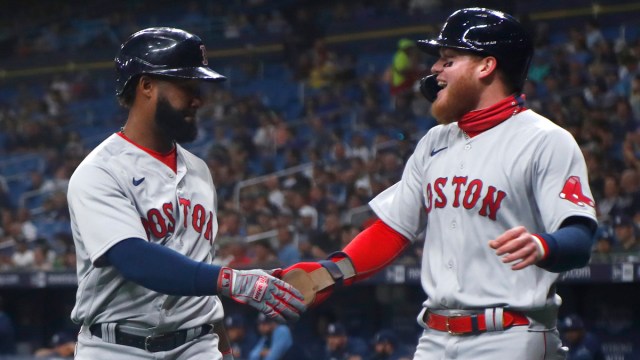 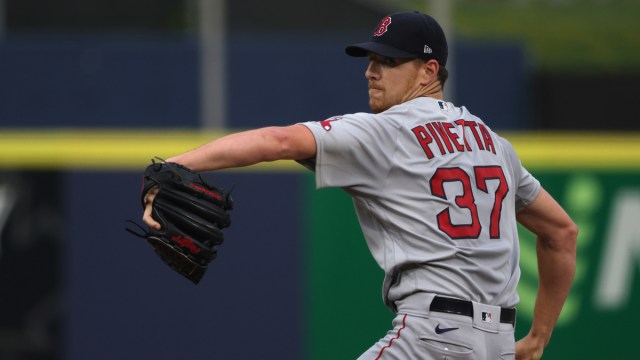