First, the Boston Red Sox lost their lead. In doing so, they also lost the series and their spot atop the American League East standings.

With a 9-5 win that took two comebacks Saturday, the Tampa Bay Rays now pull ahead to first place in the division, improving to 63-42 on the season as the Red Sox fall to 63-43.

Eovaldi fell to 9-6 with the loss as Boston gave up two leads and stranded loaded bases in the sixth and seventh innings, despite two-run homers from both Xander Bogaerts and Bobby Dalbec.

GAME IN A WORD
Costly.

The division is too tight to drop two straight games to the team breathing down your neck.

ON THE MOUND
— Nathan Eovaldi struggled Saturday, getting hit around in his 5 1/3 innings.

He gave up a double to Brandon Lowe to start, and Ji-Man Choi went yard to bring him home and cut Boston’s early lead to just one run. Two fielding errors allowed the Rays to tie things up in the third, but a two-run homer from Francisco Mejía helped them take a 5-3 lead.

After the Red Sox retook the lead, Wander Franco stole it back with a triple that scored Joey Wendle to make it 6-5.

In total, Eovaldi allowed five earned runs off six hits and one walk. He had six strikeouts, throwing just 69 of his 105 pitches for strikes.

— Josh Taylor struck out three in 1 1/3 innings of relief.

— Adam Ottavino struck out two, but gave up three earned runs off two hits in his 2/3 innings pitched.

— Austin Davis made his Red Sox debut, taking over in the eighth. He gave up a walk and a single to Meija that scored two inherited runners but got out of the inning.

IN THE BATTER’S BOX
— Rafael Devers was walked in his first at-bat of the game, and thanks to a wild pitch and then a J.D. Martinez single, he scored. A 413-foot home run from Bogaerts after that gave Boston a 3-0 lead in the opening frame.

— The Red Sox were hitless in the second, third and fourth innings, going down 1-2-3 each time.

— A leadoff single from Christan Vázquez got Boston on the base path again, setting up Dalbec for a game-tying homer.

— Bogaerts was walked to start the sixth and Hunter Renfroe followed it up with a double. The Rays intentionally walked Alex Verdugo to load the bases with just one out, but pitcher Andrew Kittredge fanned Christian Vázquez and Dalbec back-to-back to strand the go-ahead runs.

— The Red Sox loaded the bases back up in the seventh only to strand them all one again. Kiké Hernández singled, Devers reached on a bunt and Bogaerts was intentionally walked but nothing came of it.

TWEET OF THE GAME
Win or lose, we still have Xander.

UP NEXT
One more game against the Rays can prevent the Red Sox from being swept and more importantly, help them gain back some ground in the division. 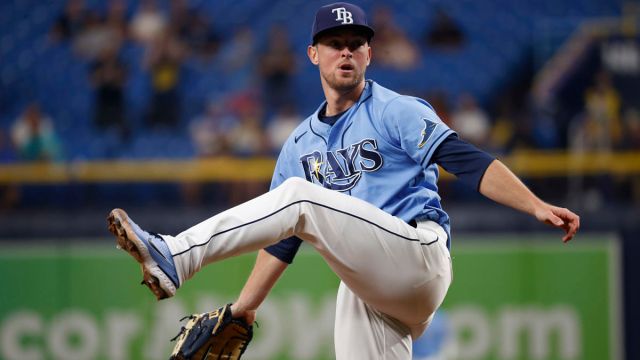 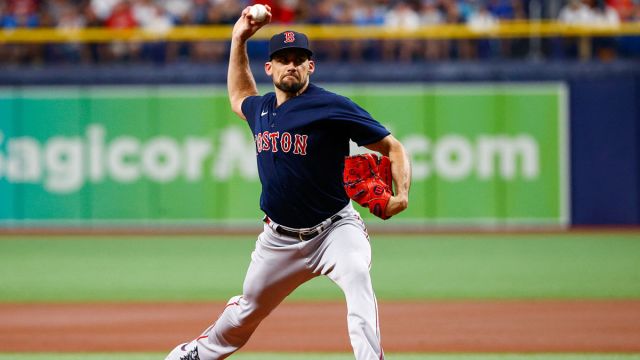