Boston Red Sox manager Alex Cora knows there is plenty to look forward to with outfielder Jarren Duran, who was called up Wednesday to make his Major League debut against the New York Yankees.

And Cora on Thursday was relentless in his praise for the 24-year-old, acknowledging what he’s most looking forward to when Duran is able to make his MLB debut (likely Friday).

“He’s a very dynamic player. He can hit the ball out of the ballpark, he gets on base, he’s a plus-runner as far as speed, but a smart runner,” Cora said on a video conference Thursday before Boston’s game against New York was postponed due to COVID protocols.

“I think him putting pressure on the opposition, we’ll see that, and hopefully it’s to our benefit,” Cora added after noting Duran’s IQ of the game. “This kid, he brings energy on a daily basis. He’s strong, as you guys know. We saw it in spring training the way he went about it. We’re just very excited he’s here with us.”

Duran compiled a .270 batting average and .926 OPS in 189 at bats this season in Triple-A Worcester. He also showed off his power with 15 home runs and impressive speed while logging 12 steals. That speed grew to be a theme during Cora’s video conference.

“As far as his speed and all that, that’s something that intrigues me because of the way people play defensively. The speed of the game sometimes here, although it’s faster actually than in the minors league, but sometimes it’s slow,” Cora said. “And I can’t wait for him to hit a routine ground ball and see how close or safe he’s going to be at first base. And he will do that. He will get a ground ball single to right field and he will take second. That’s something we’ve been preaching for a while, right? The aggression running the bases. And the fact he’s going to bring that to the equation, he’s going to make us better, bottom line. That’s the way I see it. It will be interesting. But I do believe not only his speed, but his instincts, running the bases are going to be a plus.”

Cora revealed how Duran was scheduled to start in center and bat seventh. Obviously, he will not be doing that Thursday, but it seems reasonable to think his debut will come Friday at Yankee Stadium. Cora also mentioned how Duran will not be the team’s every-day starter in center and that he could play both left and right field. 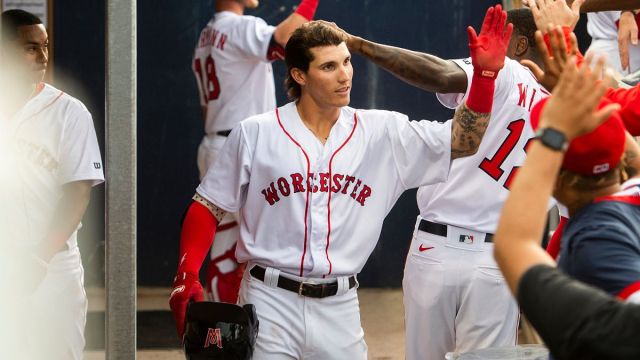 Jarren Duran Opens Up About Red Sox Call-Up: ‘It Hasn’t Hit Me Yet’ 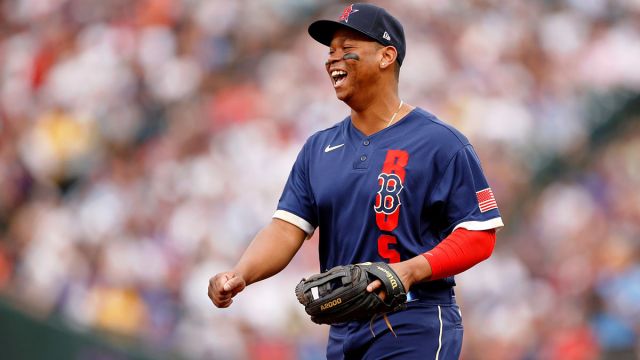