The Boston Red Sox are trying something different in order to beat the Tampa Bay Rays.

Red Sox utility man Marwin Gonzalez starts and bats seventh for Wednesday’s matchup with the Rays, the second game of the Boston-Tampa series. Alex Cora has used Gonzalez primarily as an infielder, but the 32-year-old will start in left field for the first time since June 28.

The Red Sox hope the lineup shuffle will lift them over the Rays, whose win Tuesday in the series opener increased their lead atop the American League East standings to five games over Boston.

Joining Gonzalez in the outfield are right fielder Hunter Renfroe, who moves up from seventh to second in Boston’s batting order, and center fielder Jarren Duran, who’ll bat ninth.

Nathan Eovaldi starts on the mound for the Red Sox. He looks to bounce back from his last outing, during which he allowed a season high seven runs against the Toronto Blue Jays.

NESN will air full coverage of Red Sox versus Rays. Pregame coverage starts at 6 p.m. ET, first pitch is scheduled for 7:10 p.m., and postgame coverage immediately will follow the final out. If you’re not near a television, you can stream full coverage of the game online at Watch NESN Live.

Here are the full lineups for Wednesday’s Red Sox-Rays game. 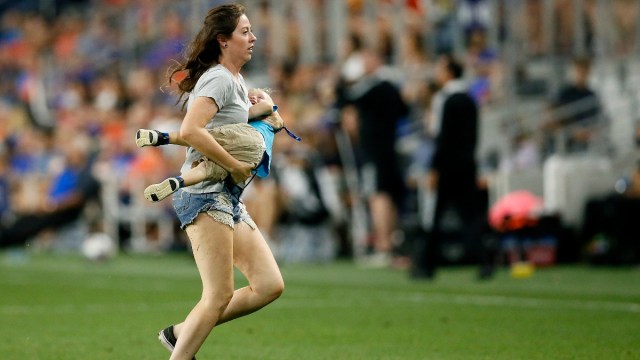