Jack Eichel and the Buffalo Sabres have been at odds for a while now, ever since the star forward expressed frustration over how the team handled his neck injury.

Well, more drama was added to the saga Thursday morning.

Sabres general manager Kevyn Adams told reporters Eichel failed his physical and he’d be placed on injured reserve. Ultimately, this means the two sides aren’t any closer to finding a resolution for how to move forward regarding the herniated disc Eichel is dealing with.

“I think we would all agree that we were hoping to avoid surgery,” Adams told reporters, via the Sabres. “Unfortunately, (Wednesday) Jack did not pass his physical. At this point, Jack is not willing to move forward with what our doctors are suggesting. … We will continue to work toward a solution.”

Eichel would prefer to have artificial disc replacement surgery, but Buffalo reportedly is against it because it’s a surgery that never has been performed on an NHL player. Not knowing the potential risks is scary, sure, especially for your star player, but this whole thing has been botched by the Sabres to begin with.

Due to the NHL’s collective bargaining agreement, teams get the final word on how injuries are treated.

But the failing of the physical was just the tip of the iceberg.

“I spoke to Jack two days ago, I spoke to the team (Wednesday) and addressed this: Jack Eichel is no longer the captain of the Buffalo Sabres,” Adams said. “From our perspective, the captain is your heartbeat of your team, and we are in a situation where we felt we needed to make that decision.”

It certainly sounds like this marriage is over if you’re stripping your captain of the “C.”

Eichel, the No. 2 overall pick in the 2015 draft, had his name come up in trade rumors throughout the offseason, but never was moved. NHL agents in July expected him to be moved “in the near future,” but he remains with the team. Meanwhile, Buffalo’s not budging on how it wants to handle Eichel’s injury.

His injury, and the way the Sabres have dealt with it, has been no secret. Even Boston Bruins forward Taylor Hall, who spent time playing with Eichel in Buffalo, defended his former teammate in regards to the situation.

Eichel’s time with the Sabres probably is limited, and it’s hard to imagine him playing another game for them at this point.

The 24-year-old still could add a lot to a team and is a force on the ice when healthy. Eichel did put up 18 points in 21 games last season, just a year removed from his 36-goal campaign.

It’s unclear what the future holds for Eichel, but it’s pretty clear it probably isn’t Buffalo. 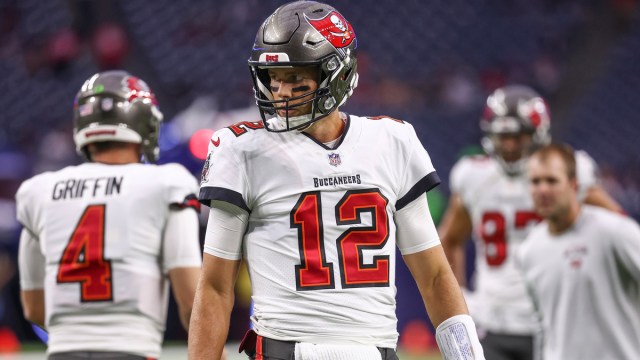