Bill Belichick pushed back on Seth Wickersham’s Patriots reporting after the first notes and nuggets from the ESPN scribe’s latest book were unveiled.

New England’s head coach followed suit Monday morning, but he was a bit more stern this time around.

Arguably no one has offered more noteworthy reports about Belichick’s relationship with Tom Brady than Wickersham, whose book “It’s Better To Be Feared,” is set to hit the shelves Oct. 12. Of course, the Brady-Belichick dynamic was brought into focus last week leading up to the Buccaneers-Patriots matchup at Gillette Stadium.

During his latest weekly appearance on WEEI’s “The Greg Hill Show,” Belichick was asked about possible frustration that comes with reports that paint him in a bad light, even though he’s often praised publicly by former and current players. While the future Hall of Fame coach didn’t acknowledge any agitation, he did take a jab at Wickersham.

“Yeah, well, I don’t think any of us are surprised by that type of media coverage. I mean, I don’t think I’ve ever even talked to the guy,” Belichick said. “So, I don’t know. You have to ask him about what his great sources are. I’m not sure.”

Recent reports from Wickersham and others suggest the Brady-Belichick relationship was beyond toxic toward the end of their Patriots partnership. But there might not be as much bad blood between the two as there’s made out to be, as they met for over 20 minutes in Tampa Bay’s locker room after the Bucs edged out the Pats on Sunday night. 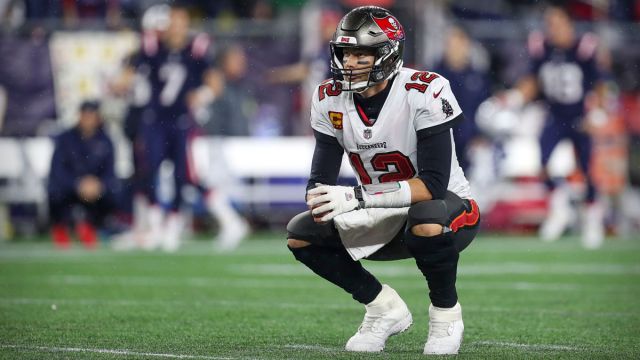