— The Patriots were missing three defensive starters at their first practice of Week 7, with linebacker Dont’a Hightower, defensive tackle Davon Godchaux and slot cornerback Jonathan Jones all absent during the open media period.

Hightower (elbow) and Jones (ribs) both were sidelined with injuries during Sunday’s 35-29 overtime loss to the Dallas Cowboys before later returning. The reason for Godchaux’s absence was unclear.

Cornerback Shaun Wade also remained out as he continues to recover from a concussion.

New England’s defense surrendered 567 yards and 445 passing yards against the Cowboys, its highest single-game totals of the Bill Belichick era.

— Quarterback Jarrett Stidham and defensive tackle Byron Cowart both practiced for the first time this season, starting the clock on their returns from the physically unable to perform list. The Patriots have 21 days to add Stidham and/or Cowart to the 53-man roster before they would revert to the PUP list and become ineligible to play this season.

Linebacker Terez Hall, who also is on PUP, has not begun practicing.

— In a preview of what we could see from the Patriots’ offensive line Sunday against the New York Jets, Mike Onwenu took first-team reps at right tackle. Onwenu saw action there for the first time this season against Dallas after playing exclusively at left guard during the first five weeks.

Asked before practice about potentially keeping Onwenu at right tackle, Belichick replied: “We’ll see how it goes. We’ll put our best players out there.”

Week 1 starter Trent Brown (calf) is on injured reserve and must sit out at least one more game. Yodny Cajuste started the last two games at right tackle but was benched for Onwenu on Sunday after allowing a strip-sack. 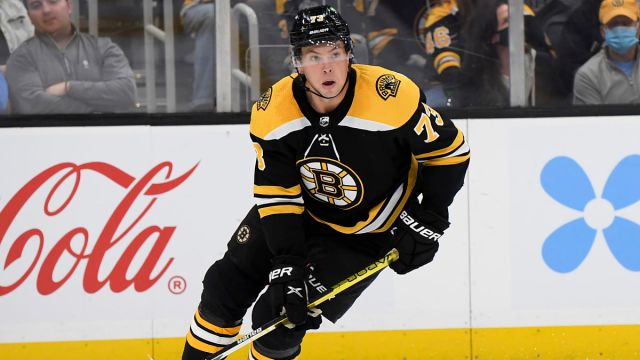 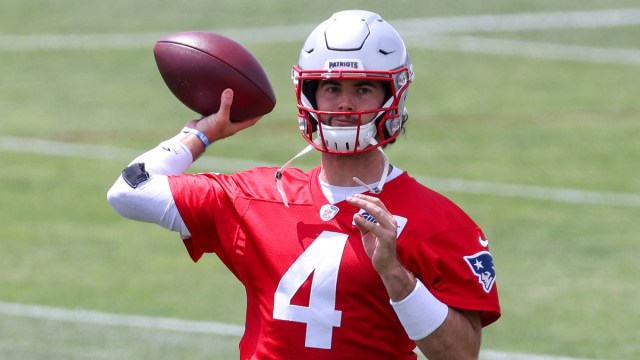 What Jarrett Stidham’s Return To Practice Means For Patriots, Quarterback