After each New England Patriots practice and game, Mac Jones jots down a few thoughts on his performance in a notebook — an “improvement journal,” as he calls it. That’s how the rookie quarterback keeps track of what he’s doing well and what he needs to, well, improve.

Jones pinpointed one obvious shortcoming after the Patriots’ 25-22 win over the Houston Texans on Sunday.

“I let the other team touch the ball too much,” the QB said Monday on WEEI’s “Merloni & Fauria.” “Whether I was throwing the ball away or not, the intent of the pass needs to be better so either our guy touches it or nobody touches it. I can work on that.

Jones threw an interception on the second play after halftime that led to a Texans touchdown. He also had multiple other passes that hit off Houston defenders’ hands, including two in a three-play span late in the first half.

Overall, Jones played well in his fifth NFL start (23 of 30, 231 yards, one touchdown, one interception) and the Patriots scored on their final four possessions to rally back from a 13-point third-quarter deficit. But he knows he needs to be more careful with the ball moving forward.

“I’m not going to be gun-shy or anything like that, just there’s a more methodical way to go about it,” Jones said on WEEI. “Try to get the guys the ball, and if it’s not there, go to my next read or throw it away so there’s no plays where I put the ball in danger. I did that far too many times (Sunday).” 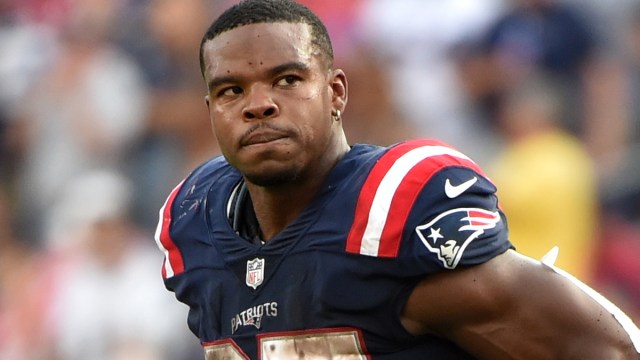 Damien Harris Injury: Patriots Get Encouraging Update On Running Back

Why Patriots’ Mac Jones Is Pulling For Red Sox Vs. Rays In MLB Playoffs