Despite their 13-year age gap, Mac Jones quickly developed a friendship with quarterback Brian Hoyer upon his arrival in New England this past spring.

That bond is paying dividends for the Patriots’ offense.

Though he’s played just two garbage-time drives this season, the 36-year-old Hoyer has been an ideal mentor for New England’s rookie starter, using his nearly unrivaled knowledge of the Patriots’ offense to help guide Jones through his maiden NFL season.

The 23-year-old Jones raved about his veteran backup Wednesday.

“I think it’s really amazing,” he said in a video conference. “Brian’s been a really close friend of mine since I’ve gotten here. I know he’s older than me, and I might be closer (in) age to his son, Garrett, but he’s still a really good mentor, and he just does a great job every week. He’s super supportive of me and trying to help me in any way he can. He’s hard on me sometimes, which is good. He holds me to a high standard, and then he also has fun and enjoys the game. He’s been around for a long time.

“I think all the quarterbacks in our room have done that, and Brian’s just a great example of a great team leader and a great team player. And if he ever needs to get in there, I know he’s going to do a great job. He’s always ready, and I’m just happy to be able to learn from him and just be in the same room as him.”

Hoyer has played parts of seven seasons with the Patriots, spread across three separate stints (2009 through 2011, 2017 through 2018 and 2020 to now). He’s also spent time with seven different NFL organizations and, at this stage in his career, isn’t angling for a starting job, allowing him to serve as a type of pseudo-coach for the Patriots’ younger QBs (Jones, Jarrett Stidham and Garrett Gilbert).

During training camp, Jones would shoot Hoyer texts at 6 a.m., probing his brain for nuggets about the Patriots’ offense.

“He’s been in the system longer than anybody else as a player and knows the offense extremely well,” head coach Bill Belichick said this week. “It’s one thing, as a coach, to coach the players and all that, but in the end, it?s always helpful to have somebody who has actually played it be able to also talk about it because, as a player, you get told a lot of things, and as an experienced player, you can sometimes help the younger players with understanding what’s really important and what to put at the top of the list.”

“I think he’s been really a positive source of communication for Mac relative to feedback — both positive, negative, whatever it is,” McDaniels said. “He’s really just an open sounding board to Mac. I think he’s very willing to share with Mac. He’s been a great representative of what you would want as for from a player who knows what his role is.

“He’s ready to go as the backup every week, and certainly there’s no question that there’s no week that goes by that he doesn’t contribute to our overall plan, our success and the preparation of the quarterbacks room in general.”

The vast majority of Hoyer’s contributions come behind the scenes — on the practice field, during film study, on the sideline between drives. But he did receive some rare in-game reps Sunday, closing out the fourth quarter in New England’s 54-13 rout of the New York Jets.

On his first series, Hoyer led a nine-play, 78-yard touchdown drive, completing 3 of 4 passes for 79 yards before second-year running back J.J. Taylor burrowed his way into the end zone from 1 yard out.

“I think it was great,” said Jones, who could be seen celebrating Taylor’s touchdown on the sideline. “… They did a great job, and that’s what we want to get to every week — to where we can just go out there and have fun and try to keep winning.” 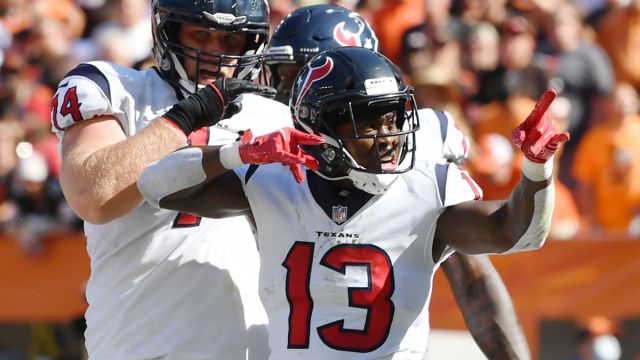 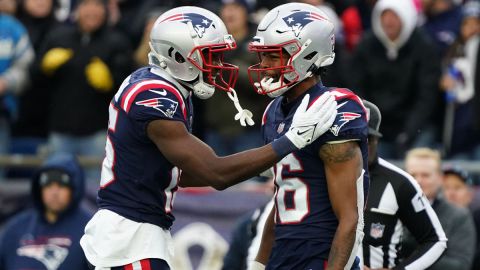